Michiana voters react to Trump during countdown to election 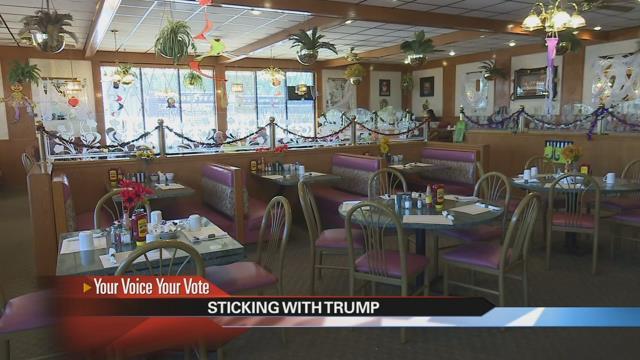 With 29 days left in the presidential race, the 2016 election is the talk of the nation, including Michiana.

Monday, in a conference call with GOP lawmakers, Speaker of the House Paul Ryan said that he would not promote or defend Donald Trump in the remainder of his campaign.  This is following leaked video footage from 2005, where Trump was recorded making comments about women in a sexual manner.

Many Republican lawmakers have come out, condemning these statements. Some, like Michigan Representative Fred Upton, have recommended that Trump step down from the GOP ticket.

Some local voters don't think that Trump's statements created any more issues within in the party.

Warsaw resident Dave Folk says, "I think the party's already been affected; it's been splintered for a long time."

Viola Lary and Patricia Oppelt say that they feel like the statements are being blown out of proportion.

"The average person can change and grow in their live," Lary says. "People can dig up dirty on everybody. They could dig up dirt on me"

For Lary, her support for Trump was a change.

"I've been a Democrat pretty much all my life, but I'm going to go with Trump this year," she says.

And as women, both Lary and Oppelt agree: although they don't agree with his statements, they say it's in the past and no one is perfect.

Folk, while male, has the same mindset. "He's not running for saint or pope, he's running for president," he says.

So while Ryan's refusal to support Trump during the last 29 days of the presidential campaign, many do not believe it will have much affect on the outcome.

"I don't think it's going to affect anything," says Oppelt. "People who are for Trump are still going to vote for Trump, and the people that aren't for Trump, you know, won't."