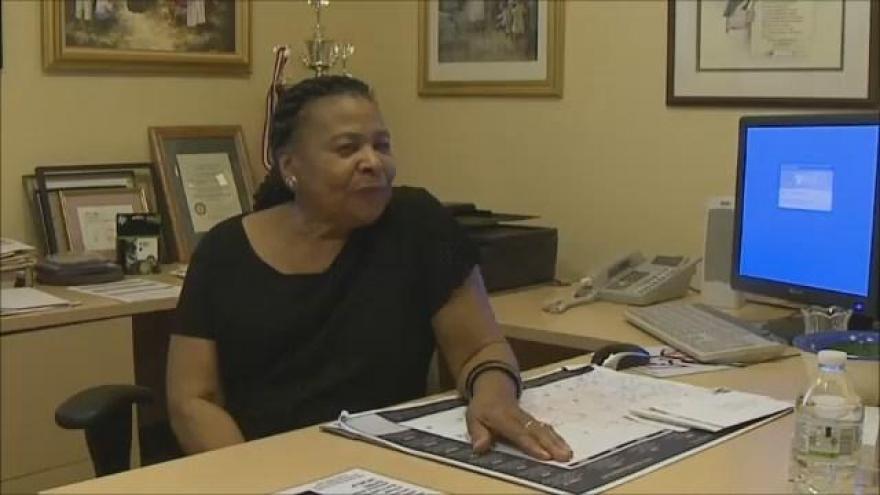 As President Obama prepares for his farewell speech in Chicago, a woman right here in South Bend is prepping for his leave as well. She’s a woman who says she’s used to having an influence on many people in South Bend. But she told us on Tuesday, it’s been president Obama who has been influencing her.

“I was proud to know Barack Obama,” said Gladys Muhammad, an Associate Director with the South Bend Heritage Foundation.

When it comes to the President, Gladys Muhammad is one proud American.

“When he won I was.. ugh… elated. And I actually wanted to cry,” said Muhammad. She and her sister made sure their father was part of that history.

“My father, he died a couple of years ago, he was 103. And we told my father that Barack Obama was gonna be the president. We took my father down to the County City Building to vote, and said ‘you can vote for the first black president’ and he said ‘Oh no black man is gonna be President of the United States of America’. I said ‘Yes he is too’,” said Muhammad.

Gladys and her sister were right and Obama was elected.

“My father was alive when he won and… he still didn’t believe it. But then he smiled and he said ‘Well I’ll be darned’,” said Muhammad.

She first met Obama during his first run in 2008 when he made a stop at Washington High School on his "road to change" bus tour.

“I worked on the committee and we were sitting in the audience at Washington High School, and the secret service people came to get me and some more people. And I said ‘where are they taking us?’ and we went in the back and Barack Obama shook all of our hands,” said Muhammad.

She says she met and shook hands with Obama for a second time when he visited Elkhart. Her run-ins with the Obamas didn’t stop there.

“I actually got an invitation to go to the inauguration,” said Muhammad.

She couldn’t make it to the inauguration, but no worries, Gladys received an invitation to attend the first lady’s luncheon after that.

“I also was blessed to go to Michelle Obama's luncheon,” said Muhammad.

Regardless of those experiences, though, she says she’s proud of the fact of who her president was for the last 8 years.

“When he became president I was glad I was alive. It meant that this really could happen… and that it did happen. He was the right person. He believed in ethics and morals and values and all people to be treated right and fair,” said Muhammad.