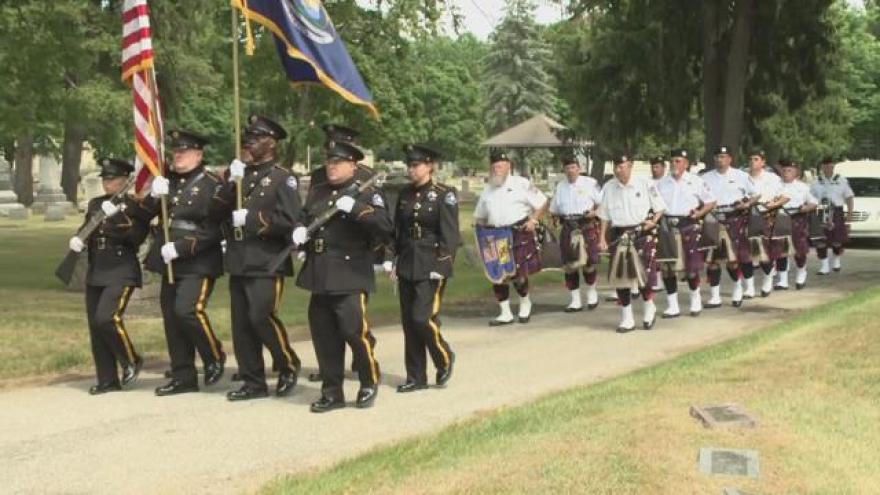 A Celebration of Life service was held for Berrien County Courthouse Bailiff Ron Kienzle was held Monday at the Mendel Center on the campus of Lake Michigan College.

More than 1,000 were expected for the service.

The family did not want the media inside the center for the funeral, but media was allowed to attend the memorial rites, flag folding ceremony and 21 gun salute following the service at Crystal Springs Cemetery.

Kienzle had worked at the Berrien County Trial Court since April 2015 after retirement. He retired as a sergeant from the Benton Charter Township Police Department and served with the United States Army.

Once again, Berrien County Sheriff Paul Bailey said he was saying goodbye to a friend.

"Early in our careers we were working an accident together and children were involved. He was a big guy but he had a big heart. You can't find one person that didn't respect him," said Sheriff Bailey.

Kienzle was laid to rest one week before his 64th birthday.

Kienzle and Joe Zangaro were shot and killed at the Berrien County Courthouse by inmate Larry Gordon on Monday, July 11.