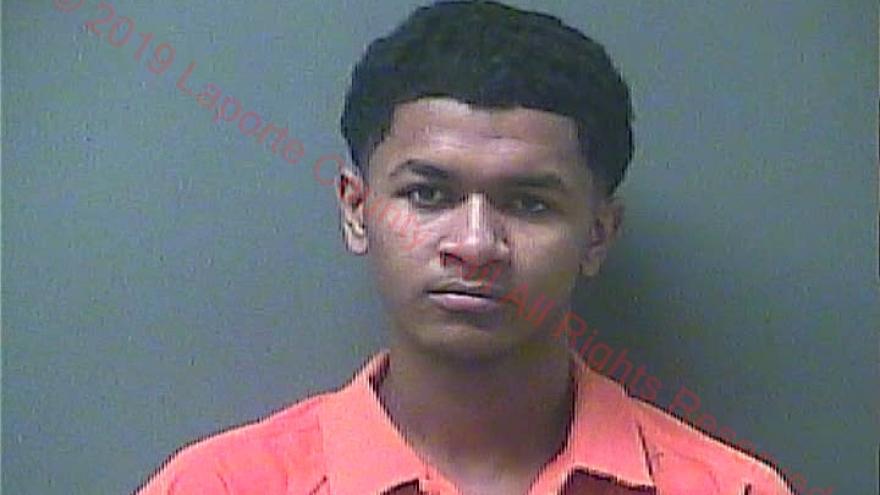 LA PORTE COUNTY, Ind. - The La Porte County Drug Task Force announced on Thursday the arrest of an individual in an ongoing investigation into a shooting in Michigan City.

Monday morning, police were dispatched to the 400 block of E. Homer Street in response to reports of shots fired.

When police arrived on scene, they found a 17-year-old victim with a non-life threatening gunshot wound to a lower extremity.

What followed was an intense 16-hour long investigation, which ended in the arrest of 18-year-old Jason K. Green Jr.

Due to the quick response by police and the cooperation of witnesses, investigators were able to detain their suspect less than an hour after the shooting according to Lieutenant Tim Richardson.

Green is being held at the La Porte County Jail on a $25,000 cash only bond for two felony charges for Aggravated Battery, a Level Three felony, and Battery with a deadly weapon, a Level Five felony.

Lieutenant Richardson also said that at no time were any Marsh Elementary School students in danger and that this was an isolated incident.

There is not considered to be any further threat to the community in relation to this incident.

Anyone with information regarding this incident is asked to contact lead investigator Corporal Francisco Rodriguez at (219) 874-3221, Ext. 1062.