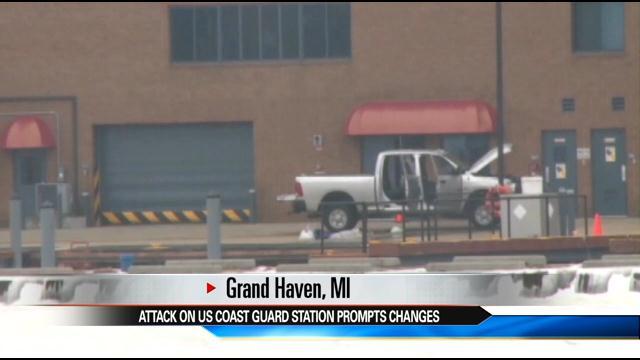 The attack on a U.S. Coast Guard station in Grand Haven, Michigan is now triggering a new security plan at a federal building next door.

The U.S. Army Corps of Engineers is calling for barriers to be added on its property.

"It goes to show a fence isn't good enough security. It keeps pedestrians out and bicycles, but if you want to keep vehicles out that possibly have bombs in them, you're going to have to come up with something a little stronger," said Tom O'Bryan, the area engineer for the U.S. Army Corps of Engineers in Grand Haven.

The department is now considering barriers around the building because no one is armed inside.

It will take months for that to be completed.
Share this article: