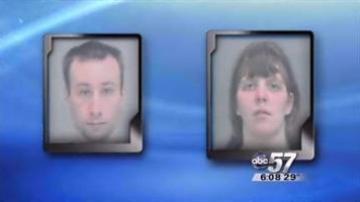 Investigators say when thier baby was just 6-months-old, the father Daniel Hall, performed sex acts on her. His wife and mother of the child Alisha recorded the whole thing.

The two were arrested after another couple said the Halls approached them on a swingers website, saying they were quote, "into kiddies."

"It's as bad as gets when you’re doing these horrible things to your own 6-month-old child,” said Genesee County Prosecutor David Leyton. “And the couple is doing it.”

Alicia Hall is currently seven months pregnant. Their baby is in protective custody.