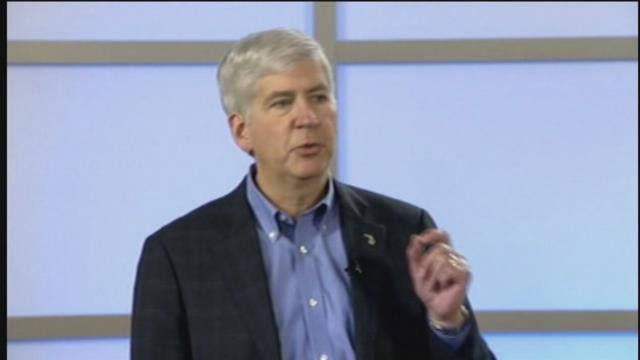 Michigan Governor Rick Snyder signed a bill Monday that takes away the straight-ticket voting system in his state.

The decision is a big one because Michigan was one of only a few states to still have the law – which allows voters to choose to vote for all Democrats or all Republicans, all at once, if they prefer.

Gov. Snyder said in a statement that he wants voters to head to the polls with individual candidates in mind, not just the political party they represent.

The decision is met with both support and disdain.

One side argues the decision forces people to research each candidate they want to vote for, prompting a better-informed electing population.

The other side says the decision will complicate and inconvenience the voting process by making lines at the polls move slower, and possibly dissuading people from voting because of the hassle.

“I think you should either vote all Democrat or all Republican,” Benton Harbor resident Ruby Banjoman said. “Because if you one, you should be that way, so you can support it all the time. There’s no two ways about it. You can’t be half Democrat and half Republican, not to me.”

Four other Benton Harbor residents, who did not want to speak on camera, offered their opinions of Snyder’s decision – one person agreed with the new law and three others disagreed.