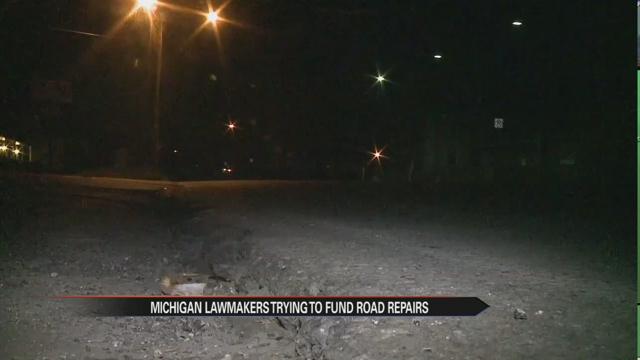 Lawmakers in Michigan say they are putting in extra work to find a way to the roads.

Governor Rick Snyder's tax increase to fix roads failed to pass more than a week ago.

The latest proposal is from Republican House Speaker Kevin Cotter, R-Mt. Pleasant. His plan for long term road funding could be a contentious one.

One aspect of the plan is to raise the diesel tax to match the gas tax. That would bump it up from 15 cents to 19 cents, which would raise $40 million.

It also redistributes funds from other government programs. Some of those funds are listed as restricted by Governor Rick Snyder, including tobacco settlement money, tribal gaming and film subsidies. That move could free up more than $185 million.

Cotter believes that discussions with taxpayers have helped the House Republicans formulate solutions.

"I think that this time was not lost because this has been a tremendous opportunity for legislators to have discussions focused on road funding with their constituents and that's been going on for months now," said Cotter.

The legislature has extended their summer session by 30 days to find a roads fix.