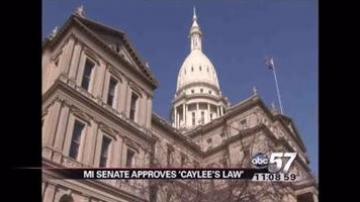 MICHIGAN -- Michigan is joining other states in pushing laws that speed up the way missing children are reported to police.

‘Caylee's Law’ is named after the little girl from Florida whose case made national headlines for years. On Tuesday, the state senate unanimously approved the bill which would require parents to "immediately" report a missing child.

Caylee's mother, Casey Anthony was acquitted in her daughter's death. Little Caylee wasn't reported as missing for about a month after her disappearance in 2008.

The bill now moves to the Michigan House of Representatives.