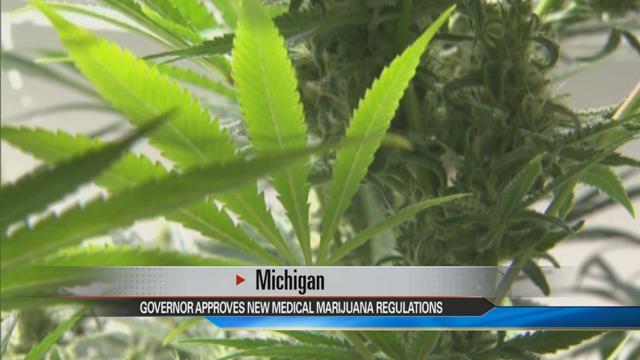 Medical marijuana laws in Michigan will soon change. The voter-approved initiative has been on the books for eight years. Governor Snyder hopes that these new laws give a solid framework from where the prior legislation may have been unclear.

The new laws aim to give patients a safe way to buy medical marijuana. Governor Snyder signed off on the group of five bills this past week.

A new tax will be placed upon medical marijuana dispensaries. That is defined as 3% of gross receipts. A portion of the proceeds will go to support law enforcement in areas where there are marijuana facilities.

A marijuana tracking system will be put in place to monitor those who grow the drug. It will be regulated by the Department of Licensing and Regulatory Affairs. This will be a way to track the marijuana from seed to sale.

Non-smoking forms of marijuana like lotions, oils, and brownies will be become legal as a result of these new laws.

About 210,000 Michigan residents are prescribed medical marijuana. This accounts for a little more than 2% of the state's population.

The laws will take effect 90 days from the day they were signed. To read more about the new laws, click here.