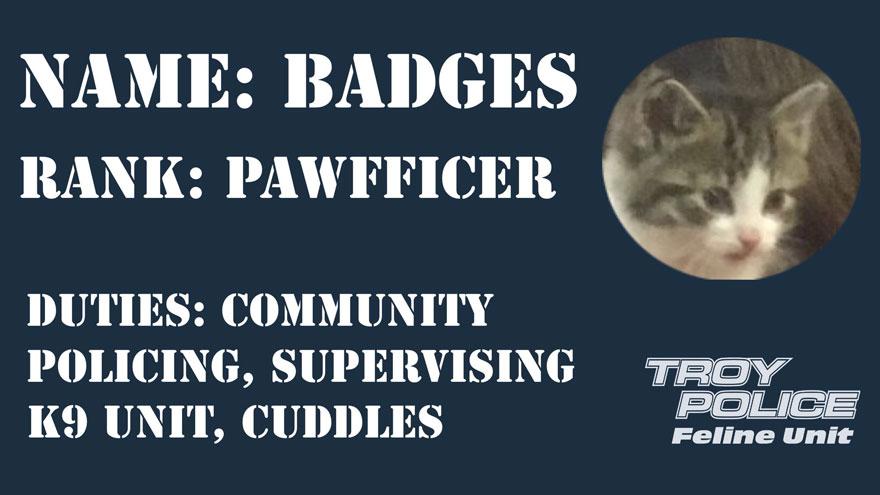 TROY, Mich. (AP) — A suburban Detroit police department has created a new rank of "pawfficer" for the cat that has joined the force.

The Troy police department announced Tuesday the kitty will be named Badges. That was the winning name from a Twitter poll, narrowly beating out Donut.

The department added the cat to its ranks last month after auditioning five felines from the Michigan Humane Society.

Badges will be used for therapeutic purposes and make public appearances. A Troy officer who has two cats at home is getting a new four-legged partner.

Sgt. Meghan Lehman says the department is receiving gifts in the mail for the cat every day, including two boxes of cat toys and supplies on Monday.