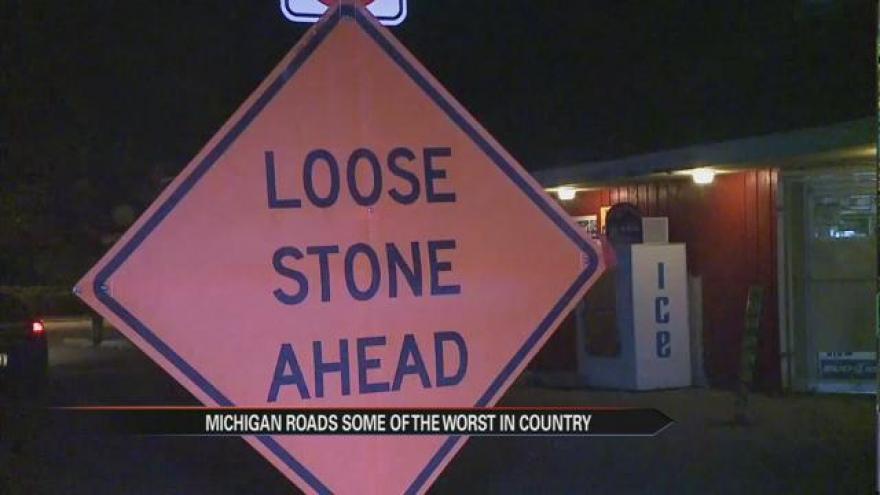 The Federal Surface Transportation Program is a critical source of funding for rural federal roads. However, that program is set to expire on May 31 of this year if Congress doesn't pass a long-term solution to keep it funded.

It's bad news for drivers in Michigan after a just-released  a report came out saying Michigan's rural  roads are considered the worst in the country.

According to that report by TRIP, a national nonprofit transportation group that looks at federal road conditions across the country, Michigan ranks worst for it's poor quality of rural roads and 14th worst for it's rural bridges.

The study found 37 percent of the state's rural federal roads were in poor condition; 13 percent of rural bridges were deemed "structurally deficient."

The president of the American Farm Bureau said the deficiencies hinder rural economies by slowing down how quickly farmers can get their goods to markets. But the crumbling rural roads can also be more dangerous for all drivers, not just farmers.

The study found driving on rural roads statistically is deadlier for drivers compared to urban ones. Traffic fatalities on the nation's rural roads occur at a rate nearly three times higher than all other roads.

Crashes on the nation's rural, non-interstate routes accounted for nearly half of the nation's traffic deaths in 2013, according to the report.

The statistics show that while overall fatality rates across the U.S. have decreased in recent years, the fatality rate on these rural roads is dropping  at a slower rate.

The report recommends lawmakers take several steps before the fund expires at the end of this month: Find a way to modernize key rural routes that are used commercially and personally, improve public transit out to rural areas and adequately fund those assets so they can be maintained.