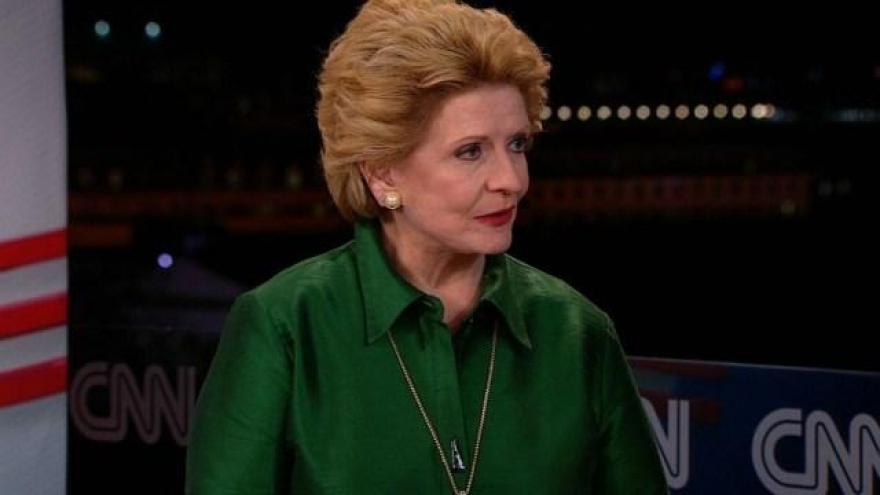 WASHINGTON (CNN) -- Sen. Debbie Stabenow said Wednesday Republicans should be worried about the effects repealing the Affordable Care Act, also known as Obamacare, will have on Americans who rely on it.

She added: "We're going to be telling the story and fighting for people ... this is craziness, Erin, that's going on right now, here, with the idea of repealing and unraveling the whole health care system, creating instability in one-sixth of the entire economy with no plan to replace it."

Stabenow, who serves in the Senate Democratic leadership team, said she has some ideas on how to tackle problems with Obamacare, including the rising costs of insurance.

"What we need to do is fix that by adding more competition," she said. "This is a private marketplace competition way of providing health insurance, and one of the ways we can fix that ... is by adding a public option like many of us wanted to do at the beginning so there is a true competition of marketplace."

"I'd be willing to walk from this interview and sit down immediately with Republican colleagues, we've been trying to for six years, and say, 'Let's improve on this system,'" Stabenow said. "But you don't do that by burning down a house when you say you want to renovate it. You don't start by burning it down. And that's exactly what you're doing."

In response to Obama's message, Stabenow said she is willing to work with the GOP to help.

"What I'm saying tonight is instead of repealing and creating chaos in the marketplace, if folks want to sit down and work on improvements, I'm all in," she said.