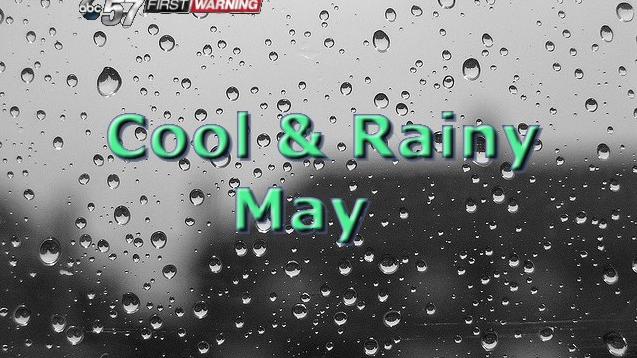 With last weekend's record cold overnight low, to the first five days of the month rain-filled, it left many in Michiana wondering if it's really May or if it's March!

The first five days of the month, umbrellas were needed as nearly an inch of rainfall was recorded through May 5th.  Meanwhile, that is the same number of days we've reached above normal high temperatures through May 18th. Plus, last weekend, we set a new record for the coldest low the morning of May 15th.  If we finished the month today, it would be the second coldest May on record. Thankfully, we are tracking a warm-up in the 10-day forecast with much more seasonable conditions. Stay tuned and find out if May 2016 will finish in the Top 10 for Coldest Mays on record.