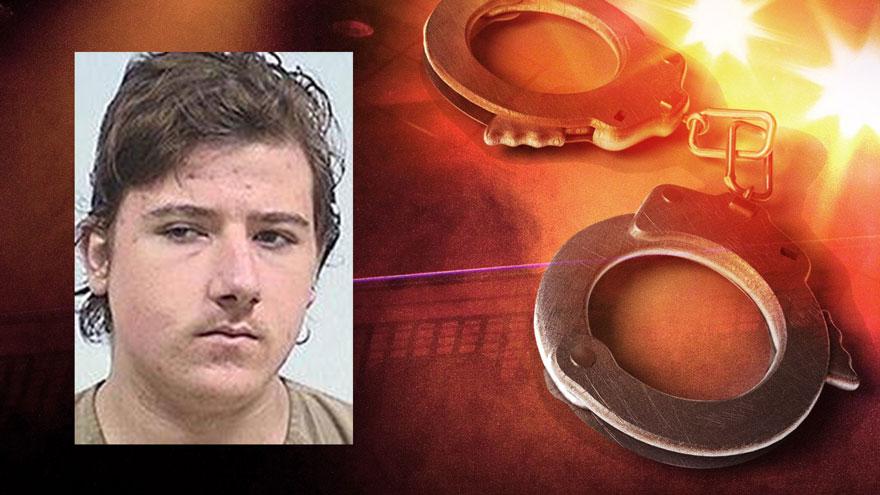 MIDDLEBURY, Ind. -- A Middlebury man has been charged with possessing a destructive device after police located a 7.5 inch long "firecracker" in his car and items related to making similar destructive devices in his home, according to court records.

April 26 at 9:18 p.m. Middlebury Police responded to the Krider World's Fair Gardens for reports of a person in the park after sundown.

While speaking with 19-year-old Marlin Petersheim, officers asked if there was anything illegal in his vehicle. Petersheim responded, "not that I know of" and gave consent to search his car, reports said.

Inside his vehicle, officers located a chrome cylinder in the front passenger door compartment. It was approximately 1.25" in diameter and 7.5" long with a 24" green fuse in one end of the cylinder, according to the probable cause affidavit.

When asked about the cylinder, the suspect said it was a firecracker, reports said.

Petersheim told the officer he took a CO2 canister, drilled out the end, then filled it with gunpowder and installed the fuse. He said he planned to detonate it closer to July 4, according to the probable cause affidavit.

When asked where he would detonate it, he said "in a field," reports said.

The cylinder was confiscated and Petersheim was transported to his home.

A thorough search of the house and property yielded items related to explosive devices, according to the probable cause affidavit.

None of the cartridges had fuses in them, reports said.

Petersheim wasn't at home at the time of the search, so his landlord called him and asked him to return home.

When he arrived, Petersheim was taken into custody.

Petersheim told police he had blown up several of the small CO2 cartridges in the past, but said he didn't know it was illegal to have explosive devices until the officer told him, reports said.

Petersheim has been charged with one count of possession of a destructive device. His bond has been set at $30,000.

UPDATE: In January 2022, Petersheim pleaded guilty to possession of a destructive device as part of a plea agreement. He was sentenced to three years at the Indiana Department of Correction with two years suspended. Petersheim will serve through Michiana Community Corrections. He was also sentenced to two years probation.