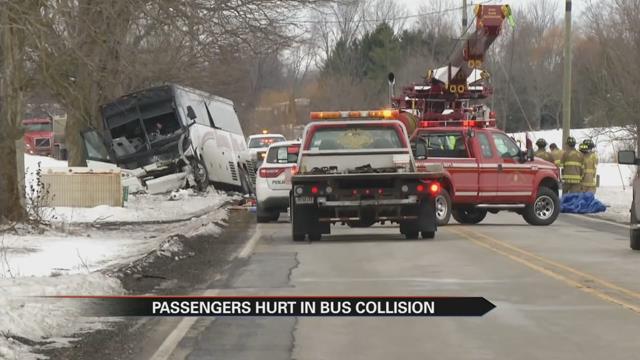 The founder of Mike’s Express Carwash has been identified as the victim of a bus crash that occurred in Whitley County Thursday.

Edwards Dahm, 86, of Fort Wayne died at the scene of the crash along with his dog, according to ABC affiliate WPTA.

There are 21 locations of the carwash in Indiana, Ohio, and Kentucky.

The crash occurred on U.S. 33 when a bus en route from Gary to Ohio collided with Dahm’s SUV that had reportedly crossed the center line.

A total of 16 passengers were injured and were treated for non life-threatening injuries.

The driver of the bus was flown to a local hospital in critical conditions.