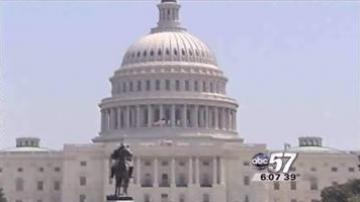 WASHINGTON, D.C. -- The clock is ticking!

Congress has 10 days to come to an agreement on the payroll tax, or millions of Americans will see a smaller paycheck!

On Wednesday, lawmakers remain deadlocked over the 2-percent tax cut.

Democrats accused Senate Republicans of leaving important issues unresolved, but the Speaker of the House fired back.

“The House voted to reject the Senate bill and asked for a conference with the Senate where we could resolve the differences. We're here. We're ready to go to work. And we're hoping that the Senate democrats will appoint negotiators,” said John Boehner.

President Obama again called for passage of the two-month extension.