Minimum wage to increase in Michigan 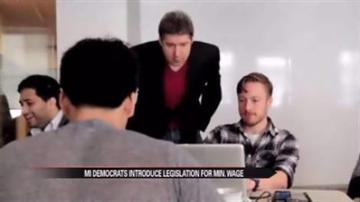 The Associated Press says Democratic lawmakers introduced more legislation that would raise Michigan's minimum wage to $10 per hour over the next three years.

The last time minimum wage increased was in 2008.