We have good chances for rainfall for about three days across Michiana, which could be filling up some of those low-lying areas. Take a long at some of the long-range models, or scenarios, that we look at. Obviously, there's some disagreement with regard to the exact amount, however, the likelihood that a one to two plus inch rainfall amount is looking more and more likely. More concrete details will become easier to pick out in the next couple of days. However, notice that both of the long-range scenarios highlight similar areas getting hit with the most rainfall. These are areas where minor flooding are possible. 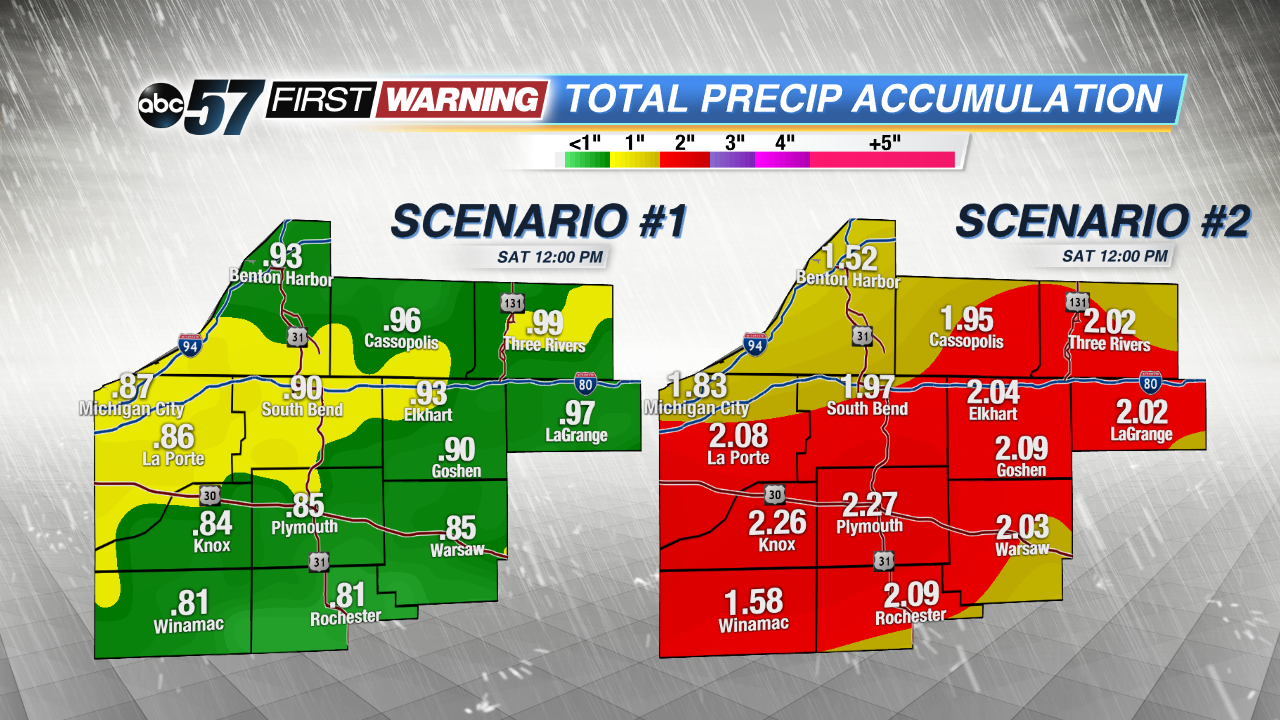 Expected impacts will be low at first, but by the weekend, that's where we could see additional ponding on the roadways, so be mindful of the shoulders and natural low points on those roads. 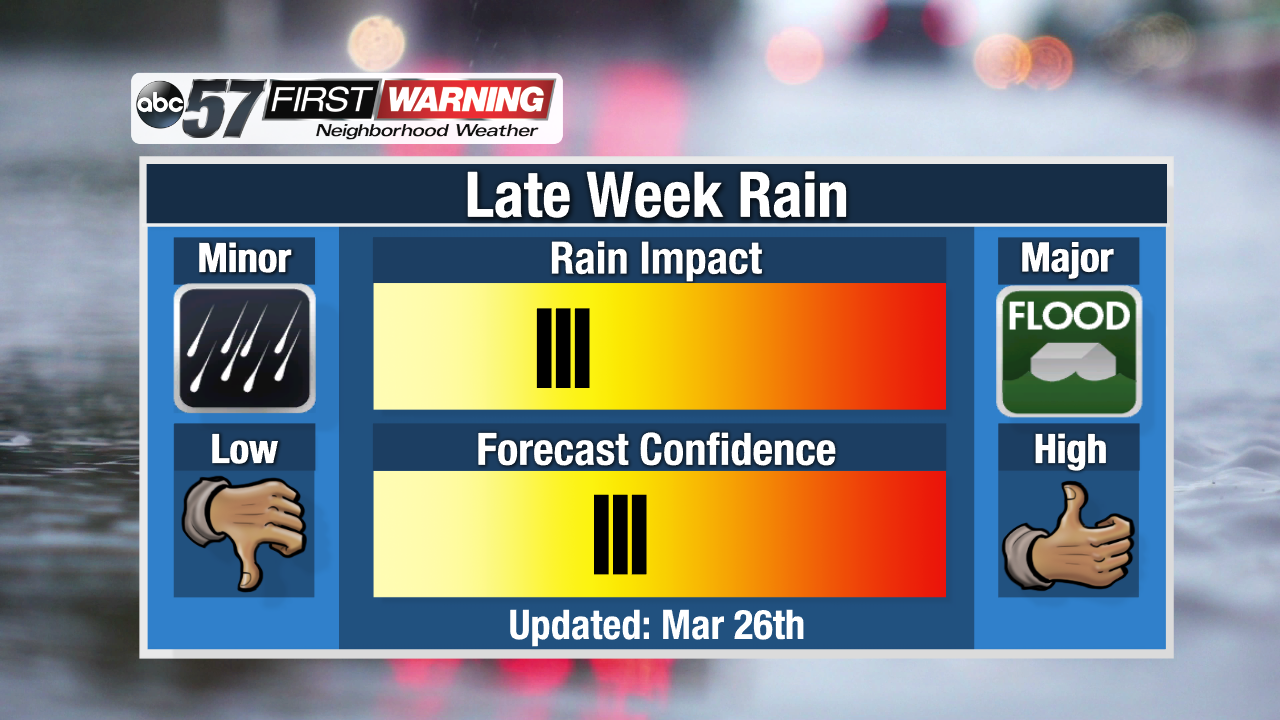 Over the weekend, watch out for small creeks and streams around the area, or anything that can fill up with water quickly. The bigger rivers around Michiana shouldn't see a water rise until late in the weekend or early next week. As of this morning, there isn't much concern for river flooding, but some rivers in our southern counties could enter flood stage. We'll be monitoring the updates closely.

Some rumbles of thunder could also embed themselves in with the showers, especially come Thursday and potentially Saturday. We're not expecting any severe weather with this round of showers and a few storms, but some lightning always makes it feel more like spring. And the any cloud-to-ground lightning strikes will actually help green things up! 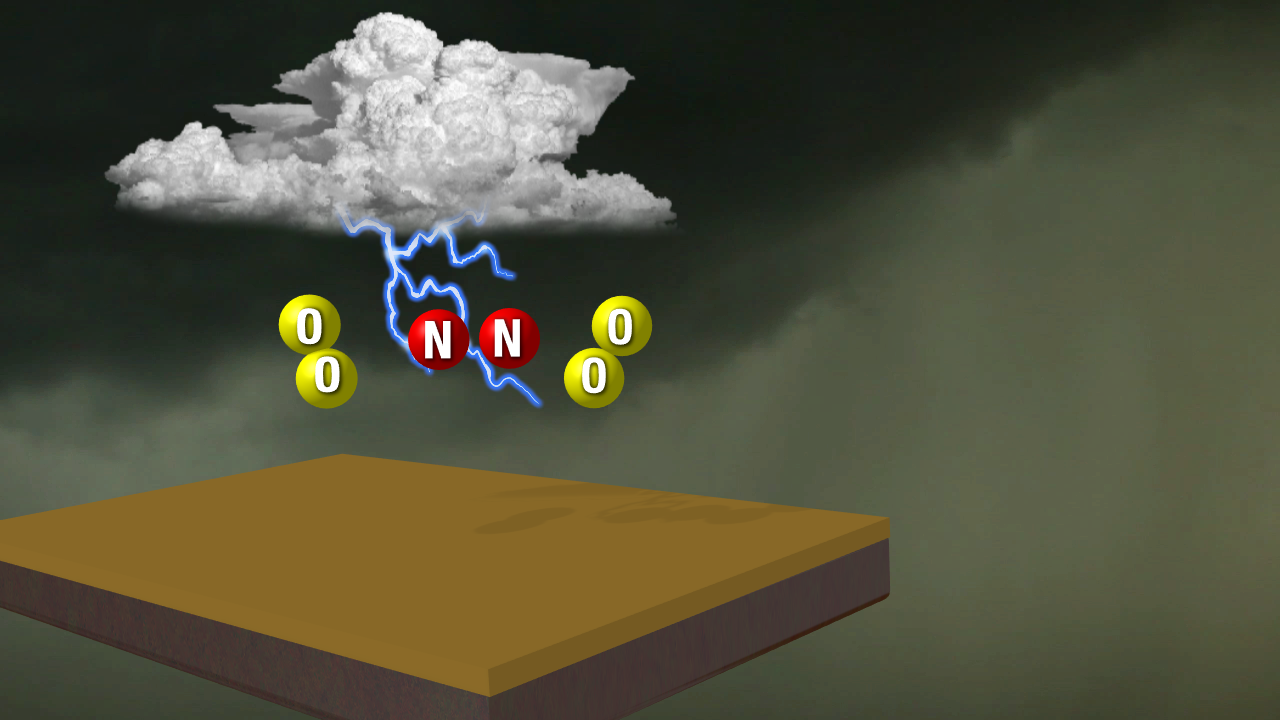 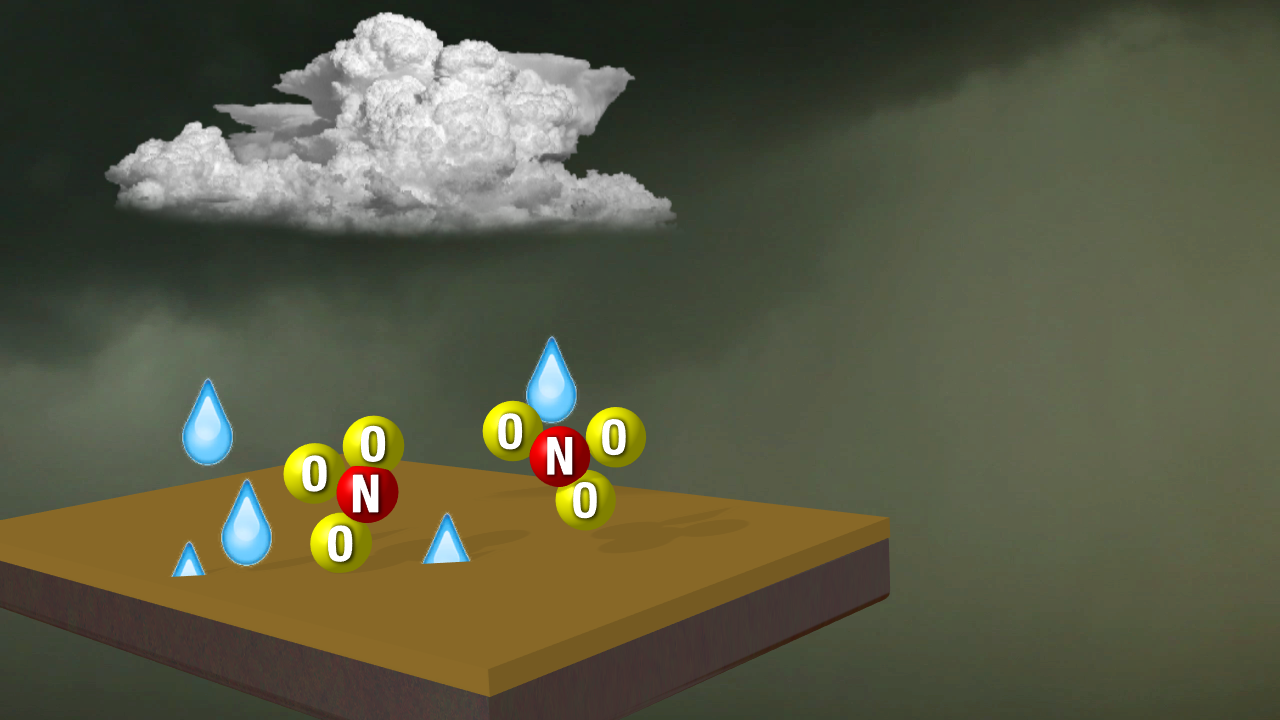 Nitrogen really helps fertilize the soil and boost the growing process in the early spring season. However, it's naturally a gas that exist in the atmosphere. It's not going to help the plants and grass grow if it's stuck hanging around in the atmosphere. However, when lightning strikes, the sudden heat-up separates nitrogen into separate atoms and bond with the oxygen and falls to the ground with the rain showers as a natural fertilizer. That nitrogen-oxygen combination is what's going to help things look more like spring over the coming days.