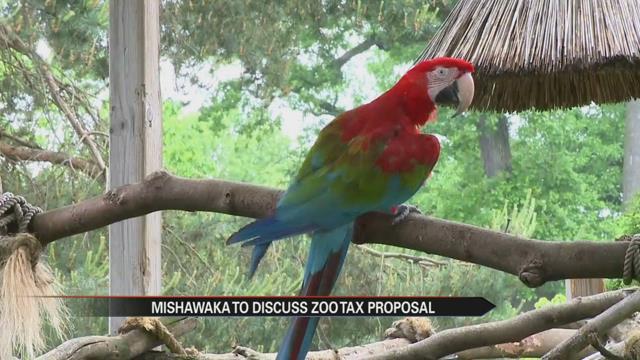 Mishawaka families could soon be part of a big discussion on a potential new tax in St. Joseph County.

The proposed food and beverage tax would help fund the Potawatomi Zoo’s makeover, including new animals, exhibits and facilities.

It would add a .25% tax to food and beverages purchased in St. Joseph County.

“I think it’s not a huge increase, so if it adds a quarter or a couple bucks to our meal or something, as long as it’s going to a good cause, I think that’s okay,” Claeys said.

But she thinks all opinions and information should be considered.

“I think the community should always have a say when it’s going to affect what’s coming out of their wallets,” Claeys said.

Deal says he expects a resolution to pass that would explore more research and discussion on the proposed tax.

They’re allowing research and discussion of the possible taxes, before the three councils can vote on whether they’ll support the tax.

To pass, the tax has to go through state legislature and requires two of the three common councils to support it.

Mishawaka is the final council to open it up to exploration.

“An open mind is essential to making an informed decision,” Deal said.