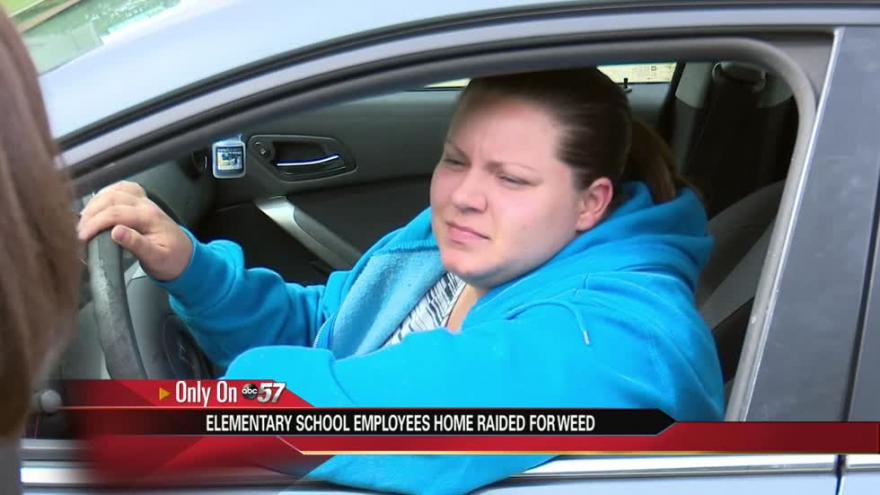 MISHAWAKA, Ind.-- Mishawaka Police are investigating a alleged marijuana grow house in the home of a woman who works for a local elementary school.

The woman works in the cafeteria at Liberty Elementary School. No arrests have been made and the case is still under investigation.

“First of all it has nothing to do with the school," the woman said.

A neighbor of the woman with the alleged grow house did not want to be named but she said she's seen police in unmarked cars stop by the home on a few occasions.

A spokesperson from the School City of Mishawaka only said, "We're looking into it."

The couple living in the house with the alleged marijuana growing in their basement said they have two kids. The father said the children aren't currently at the home but they are safe.

We contacted the St. Joseph County Prosecutor's Office to find out if the woman or her husband have been charged in this case. Neither has been arrested or charged.

Correction: Our article previously stated we did not receive a response from the prosecutor's office. The story has been updated to reflect the response we received.