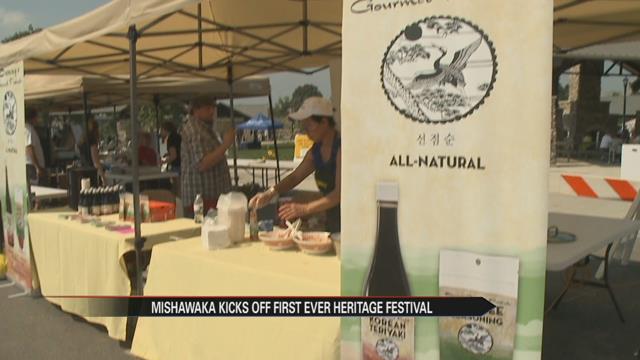 The city of Mishawaka held its inaugural Heritage Festival over the weekend to celebrate a melting pot of cultures that make up the city.

It didn’t take long for residents to fall in love with Mishawaka’s newest park.

“They did an awesome job on this park, and we are loving it,” said McFarlane.

Residents at the park Monday say what’s not to love about a park filled with hundreds of neighbors?

“We came down here and then we started walking around,” said resident Joseph McFarlane.

Neighbors were out and about to celebrate a new tradition for the city.

The event was a snapshot of the city’s different cultures.

“This is who we are, we’re a part of Mishawaka,” said event organizer Wayne Drescher.

Organizers say after the success of the event they’re looking forward to expanding this festival year after year.

They also say hopefully Monday’s attraction could bring in visitors from all over Michiana to experience all the great things Mishawaka has to offer.