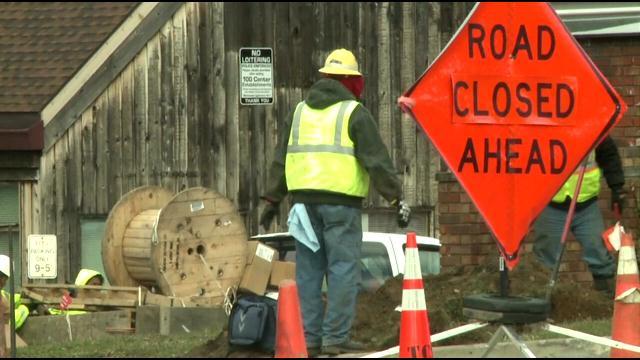 A gas leak in Mishawaka Friday afternoon shut down the busy Lincolnway West Street for hours.

NIPSCO had since stopped the leak in the late afternoon, but many Mishawaka residents were without gas for hours after.

Over 70 NIPSCO customers were without gas since the leak happened on the corner of Lincolnway and Center street.

But an official said the company wasn't able to restore the service until late that evening.

Nispco received the call in the afternoon after a third party contractor struck a two-inch gas line.

And although there are several businesses in the area, no one was evacuated as officials felt the strong winds would take away the leak's immediate threat.

Once stopped, NIPSCO made restoring the service to its customers top priority.

"Our crews are there on site," said Angie Nelson Deuitch, public affairs manager for NIPSCO. "They're in the midst of their repairs, but the relight process is the second phase of getting everybody with their gas turned back on."

There were a few businesses hit by this outage and of those affected, two large apartment complexes with about 50 and 70 tenants respectively.