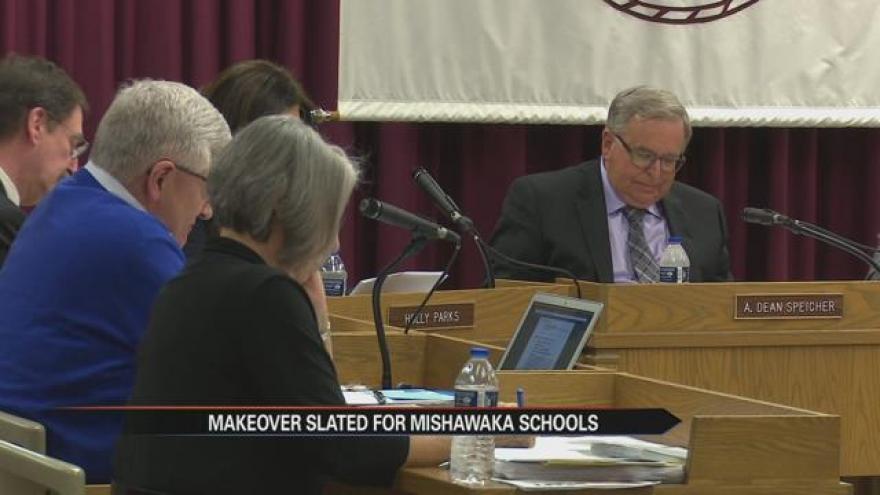 Tuesday, the School City of Mishawaka’s Board of Trustees, approved a communication and marketing plan in the hopes of re-branding the district.

“2017 is going to be the year of the Mishawaka school system,” said Superintendent Dean Speicher.

It’s a new year and a new attitude for the School City of Mishawaka.

That attitude laid out in Tuesday’s night meeting, along with a plan to reinvent the district’s image.

“This grew out of the community and engagement that went on for the past two years,” said Speicher. “Three different groups of citizens and staff said that we need to tell the Mishawaka story better.”

That story was outlined in a 23 page report.

It details how to engage the community through social media, and how a school corporation can work on branding.

It also included a plan to hold this school district accountable to taxpayers through an annual address modeled after the mayor’s “State of the City.”

“To tell our story better we need to keep our community informed as to how their dollars are being spent,” said Spiecher.

Superintendent Speicher says the district will look to hire someone for that role sometime in the spring.