Mishawaka woman abused by her mother for 13 years speaks out 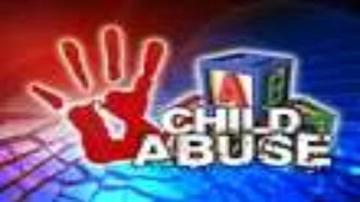 MISHAWAKA, Ind. - A Mishawaka woman abused for at least 13 years is breaking her silence.

She doesn't want to be identified because she still has family living in the area, I will call her Jane.

Jane contacted me on Facebook Thursday night after seeing my story air about safe places. Jane said that she has been restless since hearing the story about Tramelle Sturgis. Sturgis, 10 died after being beaten to death by his father according to police.

Jane has only told her story to her family and her boyfriend but now she is going public in hopes that others can stand up to their abusers.

She stood by and watched as her older sister was abused by her mother.

"I remember walking in from the garage and seeing my mom holding down my sister and beating her and it didn't register at the time because I was so young."

Jane said she was confused on why the abuse was happening towards her sister and not her.

"I'm the good kid, I'm the sweet, normal, golden child and my sister must have been bad."

But when Jane was 10-years-old her sister went to live with their father and that's when she says the abuse started for her.

"It wasn't bad at first, it was an occasional slap, the yelling or the manipulation."

But that slapping turned into punching and biting, "It just got worse and worse and the older I got the more I started to fight back."

Jane remembered as a freshman in high school a fight she got into with her mom in the parking lot, "She started hitting me and as I tried to push her away somehow she got a hold of my ring finger and she bit me. She bit me so hard that the ring had to be cut off."

Jane thought this incident would be the end of the abuse. Her mom demanded that they both go inside and speak to a counselor. The school nurse was even called into cut the ring off Jane's finger because her mom bit it so hard it was digging into her skin. Jane said nothing was done. She says her mom made her out to be a problem child and that the teachers, counselors and school nurse believed her, the abuse continued.

"There were days I remember she hit me so hard up against a wall that I blacked out for a few minutes."

Jane says police we called several times to the family home but she was painted as a problem child to them as well. Jane's mother never faced charges for child abuse.

Jane said she hasn't talked to her mom, other than online in years. Her mom lives out west and she said she wouldn't even recognize her today if she saw her on the street.

Jane is coming forward in hopes of inspiring kids that are being abused right now to speak up.

"You're not alone, it's not your fault, you didn't do anything, you're worth more than what you think you are. Step up and stand up for yourself, if that means going to a teacher, neighbor or a friend at the school, tell someone."

When I asked why she didn't speak up, Jane said she was just too scared--but wished she had and hopes those that are in a similar situation will find the strength to.

The Sturgis story has really upset Jane and brought back a lot of emotions, "I find it very hard to believe that in this story his family didn't know, that neighbors didn't know. I find it hard to believe that there were people that couldn't step in and save that boy's life. There was no reason for him to die, no reason for it to get that far. Someone knew something and didn't step up.

Jane said if she could say something to her mom right now this is what she would say, "How could you? and why aren't you in jail? Why didn't anyone put you where you belong? Why are you still free?"