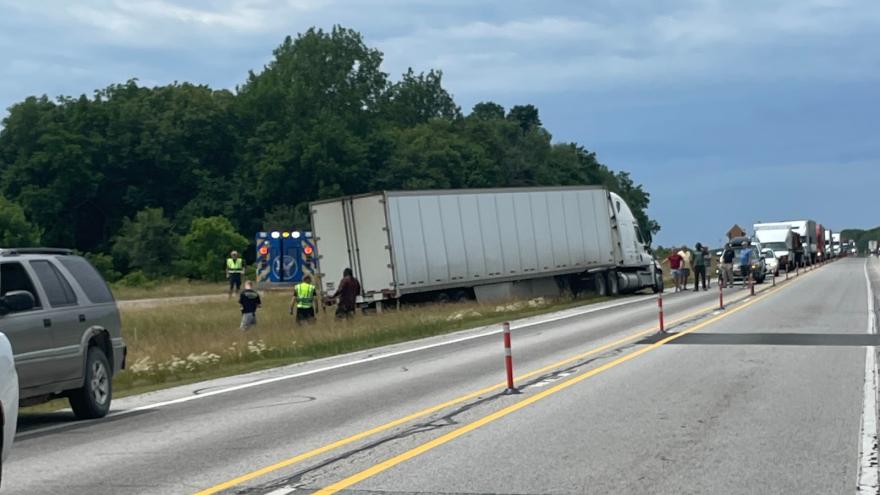 According to the investigation, 47-year-old Kathy Harmon was driving a 2011 Toyota Yaris east on U.S. 30 behind a semi-tractor trailer.

A westbound tractor-trailer allegedly crossed the center line and hit the trailer in front of Harmon.

The westbound trailer glanced off and then hit Harmon’s vehicle head-on in the median, reports said.

Harmon was pronounced dead at the scene.

Officers say she was entrapped in her vehicle.

U.S. 30 is currently under construction, with both east- and westbound traffic using the westbound lanes of U.S. 30.