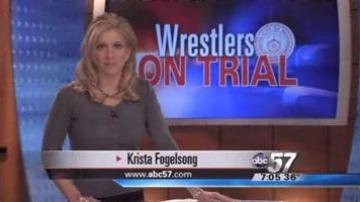 SOUTH BEND, Ind. -- The first of the Mishawaka wrestlers to go on trial is still waiting for a judge's decision.

The teen went before a judge on Wednesday at the Juvenile Justice Center in South Bend.

He is one of six Mishawaka High School wrestlers accused of sexually assaulting a classmate in 2010.

Right now, the judge could release his decision on the teen's fate in the next few days.