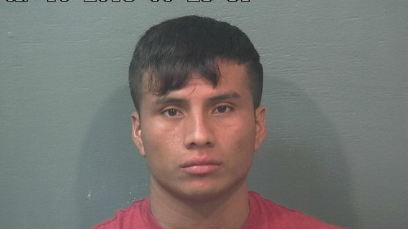 On Thursday, the Van Buren County Sheriff's Office learned a girl reported missing from Polk County, Florida might be at a residence on 48th Avenue in Hartford Township, Michigan, with a male.

The Van Buren County Sheriff's Department went to the home and found the missing 13-year-old girl.

The man, 23-year-old Aurelio Hernandez-Gomez of Chiapas, Mexico was found hiding inside the residence.

Investigators discovered that the male suspect had allegedly sexually assaulted the young girl while at the home.

Deputies reported that the suspect told them that he entered the United States illegally.

Immigration and Customs Enforcement (ICE) was contacted regarding the investigation.

Gomez was arrested and transported to the Van Buren County Jail, in Paw Paw, Michigan.

The girl was taken into protective custody.

Anyone with additional information about this incident is urged to contact the Van Buren County Sheriff's Office, at 269-657-3101.