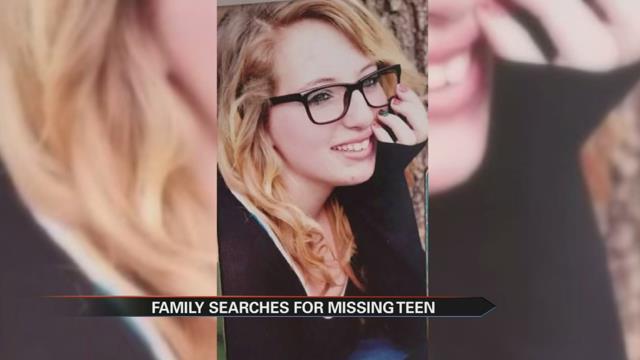 UPDATE [9:06 p.m.]: Missing Nappanee teen Kali Bercaw has been found alive.  Police report she is safe and with her family.

Police are searching for a missing 15-year-old girl in Nappanee. Kali Bercaw has been entered into the national missing child database.

Bercaw said, “We want her to come home, my wife is going hysterical. Friends, family, everybody is just praying for her to get home.”

Police believe Bercaw may have run away from home.

Sgt. Joshua Harner said, “I know on the social media outlets they have referred to her as being in danger. We are not considering that at this point in time.”

The teen’s father said his daughter went to dinner with a friend on Saturday at King Gyros on Cassopolis St. in Elkhart, and then she vanished.

Bercaw said, “On Saturday she helped around the house since my wife was laid up from the surgery and once she got all the chores down she asked to go out to dinner with one of her friends and they went to Elkhart to King Gyros and that was the last time anyone had seen or heard from her.”

Bercaw said the friend his daughter reportedly went to dinner with was picked up by police on a separate case.

Bercaw said, “They took her into custody for another issue and they’ve questioned her and everything and there’s very little information being given.”

On Friday, Bercaw said Kali got in trouble at her a private, alternative school “The Crossing” and was sent home.

He said she suffers from behavioral issues so he is concerned for her well being.

Bercaw said, This is just not ordinary. Usually it’s just she’ll get mad and go in her room and then 20 minutes later she’s fine and comes back out.”

Bercaw said he's concerned about an unnerving text message this is his main clue at this time.

Bercaw said, “We got a random message in the middle of the night that was sent out to like a group text that just said she was lost and then the phone has been powered off and we haven’t seen or heard anything since.”

According to statistics collected by the state police, there are approximately 484 known missing children..

In 2014, the Center for Missing and Exploited Children reports that 84% of all missing children in the  U.S. are endangered runaways.

Family and friends have been passing out fliers in the community. Meanwhile, Bercaw is still hopeful nothing bad has happened.

Bercaw said, “We don’t know. I hope there was no drugs involved. or we hope there’s nothing bad. I really don’t even want to think that.”