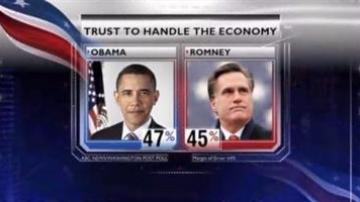 Mitt Romney is facing criticism from some prominent members of his own party.

All this comes after recent poll numbers, showing the president is now leading the race

"If you can't beat Barack Obama with this record, then shut down the party. Shut it down. Start new, with new people," said Ingraham.

Many conservative critics argue Romney must start delivering details on his promises.