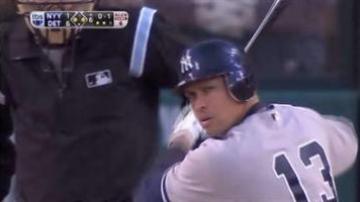 New York Yankees third baseman Alex Rodriguez and Major League Baseball are discussing a deal in an effort to avoid a lifetime ban.

Rodriguez has been linked to a clinic accused of supplying players with performance enhancing drugs.

The deal would mean a lengthy suspension for the Yankees star according to ESPN.

A source familiar with the discussions said representatives for Rodriguez are talking with league officials.

ESPN says some baseball officials want him banned for life.  The sports network also says that Rodriguez has been shown the evidence against him.