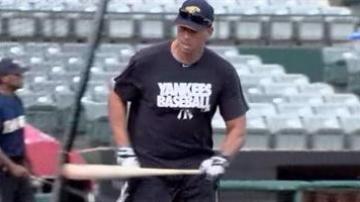 Major League Baseball is expected to announce the suspension of several players on Monday. Among them will be New York Yankees third baseman, Alex Rodriguez.

MLB is expected to announce that Rodriguez will be suspended for more than 200 games without pay. The suspension would mean that he would miss the rest of the 2013 season and all of the 2014 season.

It is a record setting penalty for using performance enhancing drugs and lying about it.

"He will be approaching his 40th birthday when he is allowed come back and with two bad hips and his injury record over the last few years, I wouldn't count out that A-Rod is done," said ABC Consultant Christine Brennan.

In the mean time, Rodriguez says he is looking forward to rejoining his teammates in Chicago on Monday. Rodriguez's agent has previously said they will appeal any suspension the league tries to impose.

Rodriguez will be able to play during his appeal.