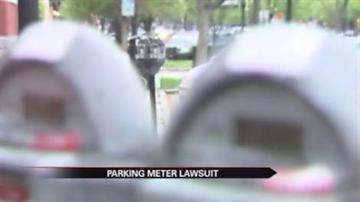 KEENE, N.H. -- They have been called modern day Robin Hoods but the members of the group putting money in random parking meters in Keene, New Hampshire are now facing a lawsuit.

The city claims the group is harassing police officers.

It involves a half a dozen men and women who help people avoid parking tickets by feeding the
meter.

The Robin Hoods of Keane also record themselves on camera, often within feet of the enforcement officers as they look for expired meters.

"In a sense we're preventing the state from being able to steal from people through the parking system," said Garret Ean.

The group says the lawsuit is nothing but the city retaliating against them for the lost money.