Mom being investigated for child abuse after 11-month-old dies 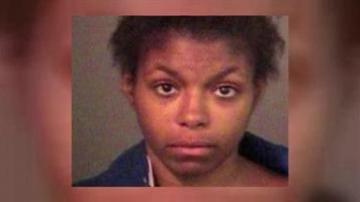 SOUTH BEND, Ind. -- After investigating the initial call to 911 about baby Micahyah on Saturday night, Metro homicide says detectives further investigated if the mom, Nyesha Crockett may have done this before.

That's when metro homicide realized that Crockett's other child, a baby named Aaliyah, about a year and a half old has been in the hospital since February.

Currently she's in critical condition with about 80 percent of her brain function loss.

Police believe both kids were smothered and abused.

That's what makes the case especially difficult for the detectives.

"This has been a very trying and upsetting case for all of the officers involved. There has been a lot of man hours and time and effort. A lot of heartfelt feelings put into this case."

Nyesha Crockett has been charged with four counts: two counts of aggravated battery, one count of murder, and one count of neglect of a dependent.

They tell me if she is convicted of everything.

She will serve up to 88 years in prison.

And Corbitt says he doesn’t want to sit and talk about another case like this again.

He wants folks to learn what's right and stop this needless and senseless violence.

"If you want to talk about it. All of society is responsible for it. You me, everybody. Not just the family, not a cousin. Not an aunt or an uncle. I get so sick of hearing of someone trying to assign guilt to a particular function. Everybody is suffering because of this."

Corbett wants parents out there to know if you have problems taking care of your kids you need to call him or call somebody and they will come take care of the situation.
Share this article: