Mom booked into jail in connection to baby's death 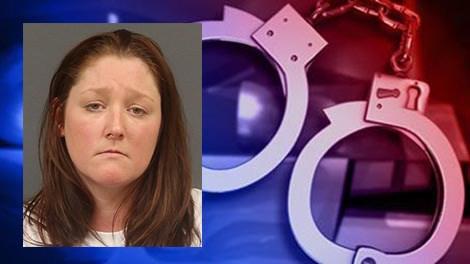 The mother of an 8-month-old baby who was murdered was arrested and booked into the Berrien County jail Monday night.

31-year-old Autumn Atchley is facing charges that she was an accessory after the fact, according to the Berrien County Sheriff's Department.

Atchley was at a doctor's appointment the morning of Feb. 19. Brandon Beshires, 30, was watching Carter Donovan while she was gone.

Prosecutors say Beshires caused the child's head to be struck with such force as to cause the child's death.

When Atchley discovered the baby was injured, she and Beshires took him to Lakeland Hospital in St. Joseph where he was pronounced dead, according to the prosecutor's office.

The prosecutor's office says she continued to give the false information for several hours after Carter's death.

The false information could have helped the perpetrator avoid discovery, arrest, trial and punishment, according to the prosecutor's office.

She told the judge she wasn't trying to protect Beshires.

Assistant Berrien County Prosecutor Jeff Taylor alleged Atchley and another friend may have rented a car recently to leave the state – but Atchley denied that.

"No. No, that’s not true. We were not on our way out of state. No, I drove the rental car to the police station when West, the detective, called me. I’ve been totally cooperative. I needed the rental car because my car is on impound. And the funeral was this weekend," said Atchley.

Atchley's father and another relative were in the courtroom for the hearing.

They said off-camera this tragedy only keeps snowball and they cannot believe Atchley's bond is set at $50,000.

Atchley could face five years in prison if convicted.

Beshires has a preliminary exam conference on Wednesday. His bond was set at $1 million.