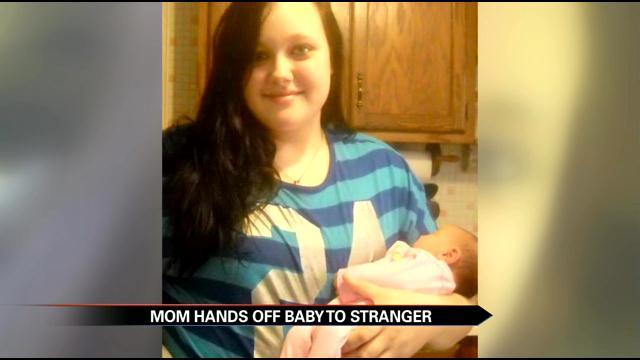 A young mother is facing several criminal charges after allegedly being found asleep behind the wheel of a car carrying illegal drugs.

According to officers, Stevens had left her 9-month old daughter in Fort Wayne in the care of a man she didn't know.

“When the call came in it was a report of a person asleep at the wheel of a van," said Pierceton Police Chief Tim Sammons.

Stevens is facing theft charges on top of 3 level 6 felonies after police say she was in a van with stolen plates and possessed meth, marijuana and heroin. But even worse, was the cargo she was missing.

"Our main goal at that time was to make sure the child was safe," said Chief Sammons.

Officers say Stevens was fast asleep in the vehicle parked at the pumps until the attendant called police.

Stevens told officers that she'd left her child with a strange man in a hotel room in Fort Wayne.

So began the over 16-hour pursuit to retrieve the lost child, one that ended when officers got in touch with the man and recovered the child unharmed around 6:30 Tuesday evening.

Stevens' initial hearing has been set for January 15 at 8:30 a.m.
Share this article: