Mom fatally shot when son, 2, grabs gun from her purse in Walmart 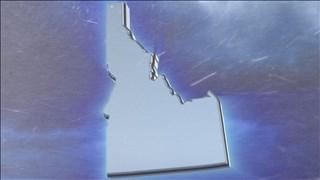 A 29-year-old mother was fatally shot Tuesday in an Idaho Walmart when her 2-year-old son in the shopping cart grabbed a gun that was in her purse and shot her in an apparent accident, authorities said.

Detectives were investigating the scene and Walmart officials immediately shuttered the store in
Hayden, said the Kootenai County Sheriff's Office.

The mother's name wasn't being released as authorities were notifying her family, the sheriff's office said.

At the time, the mother and son were shopping with other family members, authorities said.

"The shooting appears to be accidental," said a statement by Sheriff Ben Wolfinger and Lt. Stu Miller.

At a press conference, Miller said the mother was shopping at the back of the store in the electronics department.

"It appears that the victim brought several of her children here to do some shopping after the holidays," Miller told reporters in the parking lot. "The child looks like to be sitting in the shopping cart with the purse while the female victim was shopping."

"Here it is around the holidays, just after Christmas and right before the New Year -- tragic, tragic accident," Miller said. "It's not a pleasant experience right now."

"A very sad incident happened in our store in Hayden, Idaho that involved a female customer," said Walmart spokesperson Brooke Buchanan. "We are working closely with the local sheriff's department as they investigate what happened."