Mom of overdose victim: "Drug policy is the reason people are dying" 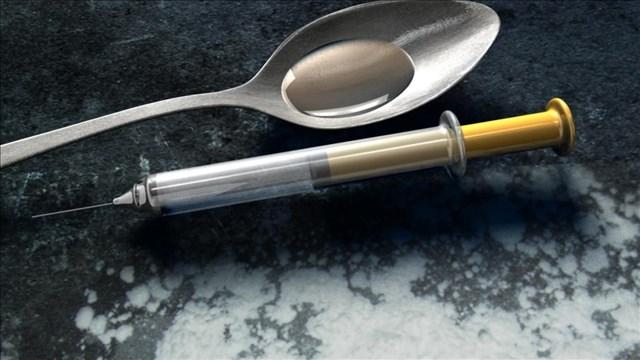 (CNN) -- In March, Louise Vincent was forced to live every parent's worst nightmare. Her daughter Selena died after a drug overdose. She was 19.

Yet despite Vincent's grief, it's not heroin that she blames for Selena's death.

Vincent, 39, a native of Greensboro, North Carolina, knows well the everyday horror of drug addiction. She used heroin herself in her 20s, though she's been clean for more than a decade.

Since then, she's worked as a specialist in "harm reduction," an approach to treating addicts and supporting their recovery. It can be broadly classified, Vincent says, as "working with people who are actively using and providing them with strategies and choices."

It's an approach that she insists "changed her life." And she believes it's the key to tackling America's heroin epidemic.

For addicts, "any kind of reaching a goal is success," Vincent insisted.

"Getting clean is not the only option or is the only outcome that's desirable. We have to work for any small change, any positive change," she added.

Drug overdoses, driven largely by prescription drug overdoses, have surpassed motor vehicle crashes as the leading cause of injury death in the United States, according to the Food and Drug Administration.

A key strategy in the fight against heroin-related deaths, Vincent says, is the use of the drug naloxone, often referred to by the brand name Narcan. Naloxone blocks the effects of an opioid overdose, in which a person's breathing may become shallow or stop, and is known for its seemingly miraculous ability to counter those effects within minutes.

"Evidence says that when you put naloxone in a community you can have a 50% reversal rate," said Vincent.

"So we know that we can reverse overdoses. And if we give heroin users naloxone and we train them in overdose reversal, then at least we're giving them some tools. We can give parents naloxone."

The way society treats drug users also needs to change in order to prevent overdoses and keep those struggling with addiction out of jail, Vincent said.

"Drug users have been told for so long that they're terrible, that they can't do anything, that they're powerless and they're unable to make choices. If they're using, they might as well accept jails, institutions and death and not even fight for their lives."

That's where Vincent comes in. After everything she's been through, she says she's determined not to give up on those who are battling drug addiction.

"I'm telling them they can make changes, they can do these things, and then they do them, and it's amazing," she said.