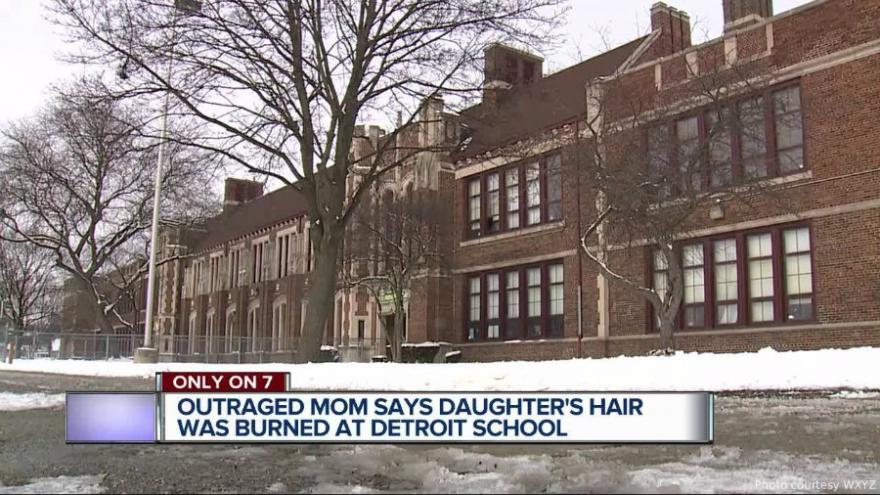 Detroit, Mich. (WXYZ) -- "She could have been put up in flames," said Judy Holland after her daughters told her a boy in the lunch line at Noble Elementary in Detroit set her 7-year-old hair on fire, then blew it out.

Singed and broken off hair were clearly visible on Mikaela, a first grader at Noble. Mikaela's 5-year-old sister is in kindergarten at the same school, and Holland says it was her younger daughter who witnessed the boy put the lighter to her sister's hair.

Holland says when the two girls went to a school worker to see if they could call her, they were told to sit down for lunch.

A spokesperson for the Detroit Public Schools Community District says they have not found any evidence of what's being alleged, but that they are still investigating and looking at surveillance video.

"I want to know why a child had a lighter," said Holland who also questioned other children in the school. She says other children identified a second grader as the young boy responsible.

Holland fears what might have happened if she put gel or some kind of hair product in her daughter's hair Wednesday morning.

"My baby could have third degree burns right now," said Holland. "I don't want this to happen to any other kid."