Mom with rare disease seeks help to regain her sight 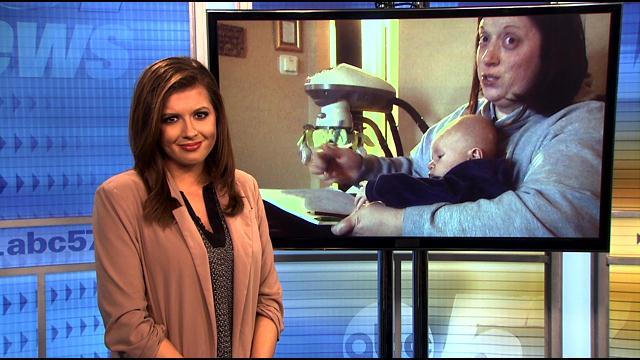 A South Bend mother is at risk of losing her sight because of a rare disease. Tiffany Niedbalski suffers from Stevens Johnson Syndrome.

A disease so rare, doctors compare the odds of getting the disease to getting hit by lightning twice.

The cost of her treatment has been affecting the family's finances for years.

Niedbalski spends her days playing make believe with her daughter, Addalyn. All while caring for her newborn, Grayson.

A stay-at-home mom, juggling two kids, doing it all while 90-percent blind.

"I've been told for the last three years that I could lose my vision at any time," says Niedbalski.

It comes with more side effects than potential loss of vision.

"Over 75-percent of my body was open wounds. I lost all of my fingernails and toenails," says Niedbalski.

Living with SJS doesn't come cheap. The procedure to keep her from losing her sight will cost $10,000.

The other catch? She can only get this eye surgery done in Boston.

So far, Niedbalski says her insurance company hasn't been helping. "It's been denied twice," says Niedbalski.

Her family has now been tasked with putting all of the money they can scrounge up on a credit card so she can be able to watch her children grow up.

"I feel like I just want to see my son walk or I want to go to my daughters school program and not have to sit in the front, front row," says Niedbalski.

Niedbalski just found out her insurance company finally approved her request and half of her operation expenses will be paid.

Now, her kids will still have gifts under the tree this holiday and Niedbalski will soon be able to see them celebrate.

The Niedbalski family still needs help as insurance isn't covering all of the other expenses like traveling to Boston and the post-care treatment. If you would like to send them a donation you can visit their fundraising page. http://www.gofundme.com/tiffany-niedbalski

For more information on the disease