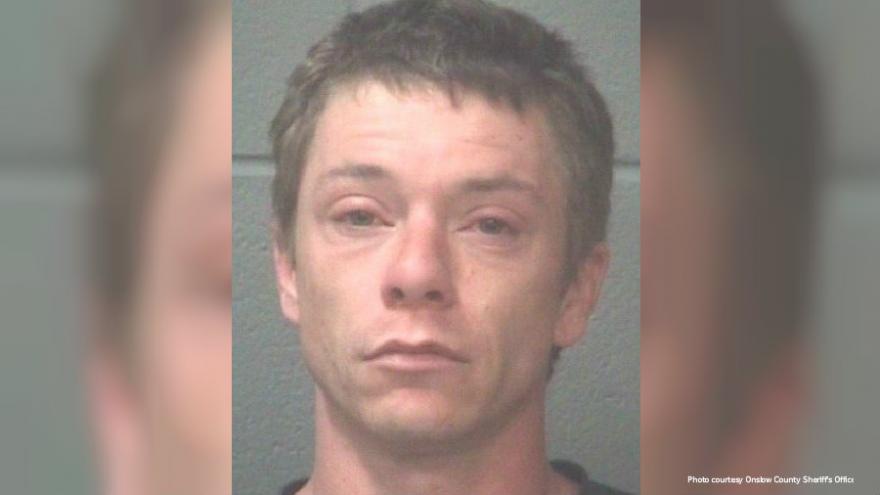 The body was found Saturday evening in Pender County by a dive team, Shelley Lynch, with the FBI in Charlotte, said.

A medical examiner has not yet confirmed the person's identity, she said.

Pender County is just south of Onslow County, where Mariah went missing after her mother put her to bed Sunday.

The mother's live-in boyfriend was charged Saturday in connection with her disappearance, authorities said earlier.

Earl Kimrey, 32, was being held on more than $1 million bond at the Onslow County Detention Center following his arrest for concealing a death, obstruction of justice and other charges, the Onslow County Sheriff's Office said.

Kimrey was described by authorities as the live-in boyfriend of the girl's mother, who reported Mariah missing Monday morning after putting her to bed in their Jacksonville home the previous night.

"Due to evidence gathered during the course of the investigation, it is believed that Mariah is deceased," the sheriff's office said before the body was found.

FBI agent Stanley Meador on Saturday appealed to people with surveillance cameras near the home where Mariah disappeared to share their video with authorities.

"We put every resource we have into finding Mariah, to bring her home safely," he told reporters. "Sadly, it was too late to save Mariah. ... The focus of this investigation has changed from a missing child to a homicide case."

The arrest warrant said Kimrey obstructed justice by "removing Mariah Woods' body from the scene of her death, and did conceal (the) death and body, knowing that (she) died from unnatural causes."

Kimrey allegedly "failed to notify a law enforcement authority of the death of Mariah Woods, and secretly disposed of the dead child's body," according to the warrant.

Kimrey's attorney, Walter Paramore, did not immediately return a call for comment.

Mariah was reported missing about 6 a.m. Monday and an Amber Alert was issued.

More than 700 volunteers turned out Friday as the search for the missing girl shifted to the area around a creek a few miles from her home, CNN affiliate WNCN reported.

The FBI was analyzing items recovered during the search, which included sorting through 95,000 pounds of trash from a landfill, authorities said.

Residents were moved to action following Woods' public appeals for help in the search for her "very sweet, loving girl" with blue eyes and long brown hair.

"I'll do anything that I can, whatever you want," said Woods, according to WNCN. "Just bring her home, please, safe and sound. She's my baby. She's my everything."

Mariah's family has been cooperating with investigators and additional charges could be filed in the case, authorities said.

Kimrey's arrest warrant also states that he stole two dressers from a Jacksonville home between 11 p.m. Sunday and 3:30 a.m. Monday. He is also charged with second-degree burglary, felony larceny and possession of stolen property, authorities said.