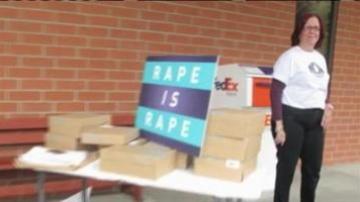 BILLINGS, Mont. -- A school teacher turned convicted rapist is a free man after serving just 30 days in jail. Now the outraged community wants the judge who handed down that sentence gone.

Stacy Rambold was convicted of raping one of his students at his school in 2007. The victim later committed suicide waiting for the case to go to trial.

Instead of giving him the minimum two-year prison sentence a judge game him one-month.

"If we can't get him removed with this, there's something wrong with the system," said Marian Bradley of the Montana National Organization for Women.

He must now register as a sex offender and will remain on probation.