Monty Menefee sentenced for murder of his mother 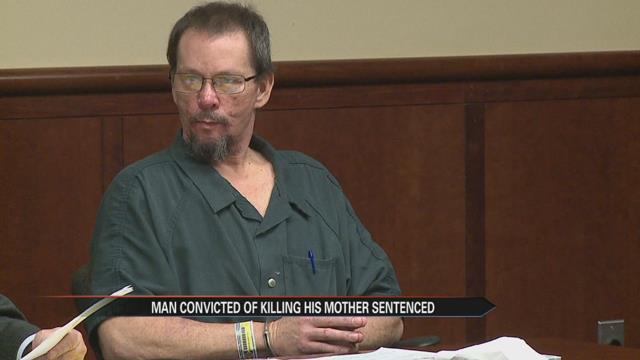 In court Monday, a Berrien County judge sentenced 47-year-old Monty Menefee to life in prison without parole for the murder of his mother, 79-year-old Lavonne Monta.

Monta was found dead in the Coloma home she shared with Menefee, his wife and his wife's children.

Monta had been beaten with a meat mallet, suffocated, then stabbed to death.

The prosecution says Monta's murder was just the beginning of a three day crime spree while Menefee was on the run from police.

“He stole items from different stores, he stole three different vehicles to try and escape, he broke into someone else's home. He just caused a wake of destruction for the community and for all of the people involved in this," said Cortney O'Malley, Berrien County Assistant Prosecutor.

He was arrested in Lake County, Ohio and extradited to Berrien County.

Menefee pleaded guilty in May 2015 to Monta's murder, but claimed it was a mercy killing.

In court Monday, the judge said it was clearly not a mercy killing.

"It was deliberate. It was premeditated. It was brutal," said Judge Gary Bruce. "It is not merciful to hit someone with a hammer, choke or suffocate them, and then stab them in the neck with a knife.”

Menefee told the court that he regretted murdering his mother.

“Never killed anybody before in my life, never intend to do it again. But was it meant to be a heinous act? It wasn't meant to be that at all. My actions were wrong, my actions were sinful. I will deal with God with that on my own," said Menefee.

Menefee also said he was sorry to his family and all the people who were hurt by this.

Menefee was also ordered to pay $11,000 in restitution.