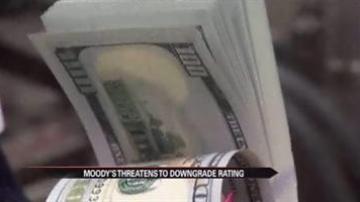 A credit rating group is warning the U.S. federal government that if it cannot get its financial house in order, the credit ratings agency Moody's could once again downgrade the nation.

Moody's says the course will likely be decided by the budget negotiations in 2013.