More labels could be coming to food products 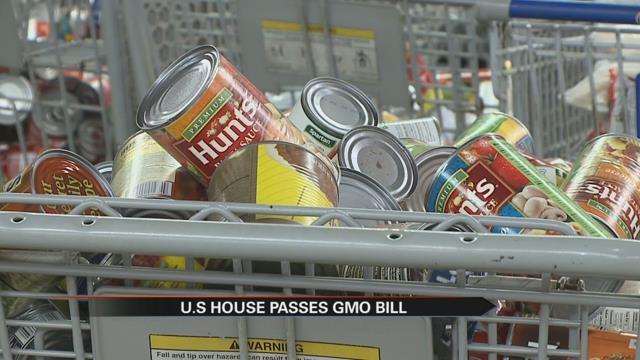 There could be changes coming to the way some products are labeled in grocery stores.

The bill H.R. 1599 passed through the House this past week and is now headed for the Senate.

The bill is named the Safe and Accurate Food Labeling Act of 2015 and if passed it would require the Food and Drug Administration to label all genetically modified foods.

GMO's are living organisms with genetic material that has been artificially modified in a lab through genetic engineering.

If this bill is passed, the FDA would be required to regulate the distribution and labeling of bio-engineered foods.

Food producers would have to notify the FDA of any foods that are genetically modified so they can be labeled as that.

Until now, the FDA has not been required to label any GMO type foods. To counter that, there is a "Non-GMO Project" that puts labels on their products to let people know it does not contain genetically modified materials.

Opposition of the Republican sponsored bill says it will take away from the state's power and they argue the importance of labeling bioengineered foods.

This is the second time the bill is being introduced to Congress. The first time was in the 113th Congress where it died in the committee.