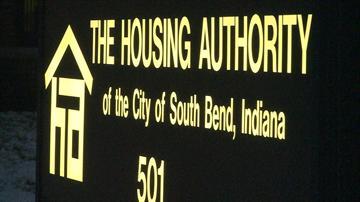 SOUTH BEND, Ind. – More allegations of sexual harassment at South Bend Housing Authority have been revealed.  A woman has come forward claiming that five co-workers harassed her while she worked as an administrative assistant at the authority between 2010 and 2011.

The new accuser, who asked to remain anonymous, said the abuse against her started almost immediately after she started work at the authority.

“It was on a daily basis that I would get guys coming up and they were literally undressing with their eyes,” she described.  “The comments they were making like they would love to see me with just the jacket I had on and nothing else, some would come up and kiss me on the hand, use the bathroom with the door open.”

She admitted that she failed to report the harassment immediately out of fear for her job.  But, eventually she reported the abuse after the men failed to stop.

"When I reported it nothing was really done about it, I don't feel enough was done about it,” she explained.  “Especially when I had to go back to work and still work with these same people that were doing this."

She claims she reported the abuse through email to four of her managers, including Marva Leonard-Dent.  But, despite a number of witnesses and security camera tapes she believed would prove her accusations; the managers said her claims were unfounded.  After being put on three-month paid leave she returned to work with the men she said were harassing her.

"I felt uncomfortable, one because on any given time one of them could've came up and did or said anything to me and there was no way for me to protect my own self," she explained.

She also claims to have reported other employees who were not performing their duties or were being inappropriate in their duties at the housing authority.  Still, she says managers and co-workers started acting hostile towards her and began leaving her out of meetings.

"There was really nothing else I could do, you know, it was either stay there and put up with it or let them find a reason to try to fire me or to find another job,” she described.  “So I found another job and left."

She decided to come forward with her accusations after hearing about the allegations against Marva Leonard-Dent.  She said other employees still working at the housing authority have also suffered sexual harassment and she wants them to start coming forward and she wants an investigation of the authority.

“I think there’s a lot more going on than people really know,” she explained.  “The more people that speak up, and now's the time to speak up, the more is going to be done about it."

Officials with the South Bend Housing Authority could not be reached for comment on the new accusations.