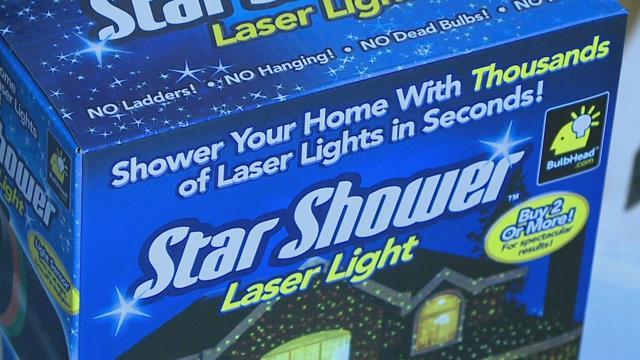 Star Showers are being picked off lawns across Michiana and across the country.

After ABC 57 shared a story Wednesday about the popular Christmas decoration being stolen, more people have come forward with similar stories.

Jillian Cook is one of those people.

She says one of her Star Showers were taken Monday from her lawn.

Jillian put the other one away and now has no Christmas lights.

“I don’t know if I even want it anymore because I’m not going to put it back out there for someone to steal,” Cook said.

The thieves are actually snatching Star Showers all over the country.

They may be easy to steal, but they’re not easy to buy.

The devices sell out in Michiana stores daily.

Cook says she feels unsafe after the incident.

“I feel violated because for one, knowing someone is coming to my house, either when I’m sleeping or not home, just taking stuff off my property, that’s a pretty scary thought,” Cook said.