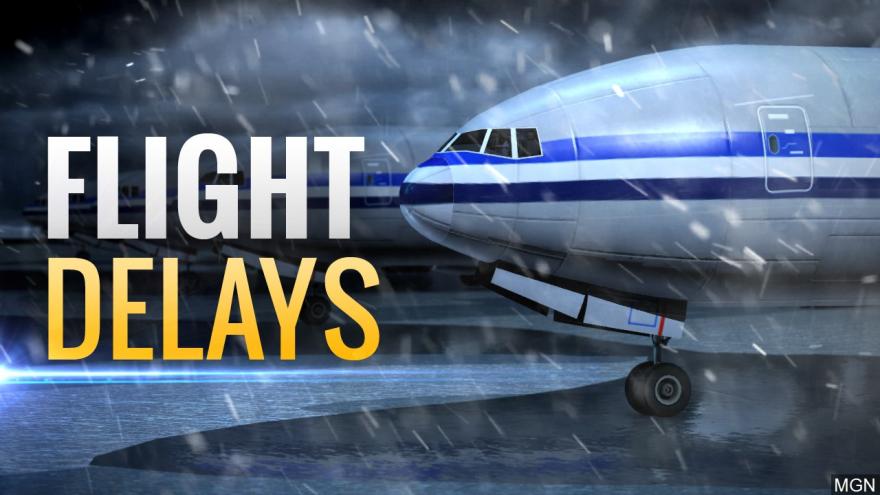 (CNN) -- More than 1,200 US flights have been canceled Friday as a winter storm slammed the Midwest with at least 1 inch of snow per hour.

"We are getting more snow today, tomorrow and Sunday than we have normally gotten in the last two winters in any one period of time," Chicago Mayor Rahm Emanuel said in a Friday news conference, adding that the city's top priority is the safety of residents.

"Whether that's young kids, homeless, elderly, sick, commuters -- in every capacity we are responding and ensuring that people are able to handle this weather."

More than 25 million Americans are under winter weather alerts as an arctic front pushes from Montana through the Midwest, CNN meteorologists said.

Chicago could get around a foot of snow -- 8 to 14 inches -- by late Friday, plus 4 more inches through the weekend, forecasters said.

The bulk of flight cancellations affect Chicago's O'Hare and Midway airports and Detroit Metropolitan Wayne County Airport, according to the tracking site FlightAware.com.

Kieran Sheridan, chief operating officer for the Chicago Department of Aviation, said in a Friday press conference that the city's airports were "well-prepared."

About 280 heavy snow equipment operators were working on the airfields at Midway and O'Hare, said Sheridan, who warned travelers to give themselves extra time when heading to the airport.

"Currently delays at O'Hare are between 30 and 45 minutes, and at Midway, approximately 15 minutes," he said.

A foot of snow is still a big deal for Chicagoans. Since 1884, the city has had only nine days when 12 or more inches of snow fell.

In 2011, residents weathered 20 inches of snow over two days. A storm in February 2015, logging in at 16.2 inches, was the last time Chicago had more than 10 inches of snow in a single storm.

Chicagoans headed to grocery and hardware stores Thursday to stock up on food and essentials before the storm.

"We have our shovels, we have our potassium for the sidewalks," Pam Smith told CNN affiliate WGN. "We have our food, our wine and our fireplace."

Authorities across Illinois prepared some 300 pieces of snow-fighting equipment and thousands of tons of salt for nearly 16,000 miles of highways and state roads.

"Our crews are out in full force clearing snow but please consider postponing any unnecessary travel!"

Rachel Linn shared a photo of a tranquil snow-covered street early Friday. "Road conditions are abysmal," she said, adding she'll take the train to make her way around the city Friday.

The BNSF line on Chicago's Metra commuter rail service is operating Friday but on an adjusted snow schedule, the system said in a statement Thursday.

"We will be doing everything we can to prepare for and combat this major winter storm," said Metra CEO/Executive Director Jim Derwinski in the statement. "We will also do everything we can to make sure our customers are up to date with the latest information about their trains."

Freddy Travis, who works in an ad agency downtown, shared a picture of the city's Magnificent Mile blanketed in snow while a man shoveled the sidewalk.

Travis told CNN via Facebook the snow definitely affected his morning workout. "Honestly it was a workout just getting to the gym," he said.