More than 100 million Americans expected to travel over the holidays 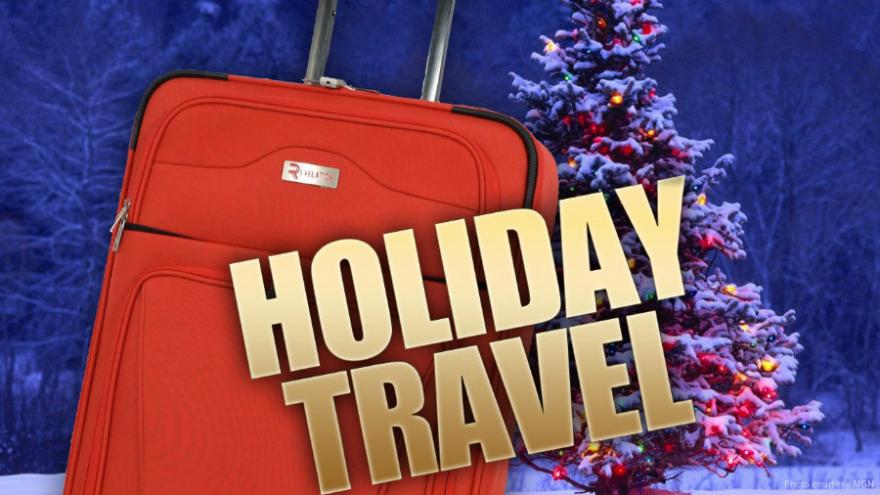 (CNN) -- A record number of Americans are expected to travel this holiday season, with AAA forecasting more than 100 million will spend the end of the year away from home.

According to AAA, between December 12 and January 1, 97.4 million Americans will make their journeys by automobile, while 6.4 million are expected to take airplanes. Another 3.6 million will use trains, buses or cruise ships to head to their destinations.

Those traveling by car are doing so despite facing the highest year-end gas prices in three years, AAA said. The national average this month is $2.47 a gallon, though AAA said that average should drop by the year's end.

This year's predictions mark a 3.1% increase in travel compared with 2016's holiday season, AAA said, adding that it's the ninth year in a row that travel has risen.

But folks hitting the road Saturday in the Northeast could run into trouble, according to CNN meteorologist Allison Chinchar.

"We still have over 25 million across the country under a winter weather alert," Chinchar said, noting those alerts stretch from Maine to Oregon. "But the biggest threat today is in the Northeast."

Areas west of Boston have been experiencing nonstop icethat could disrupt road travel, she said.Major interstates in the Northeast will be affected as areas near Buffalo, New York, and Cleveland get heavy snow.

Areas throughout the region could see 2 to 4 inches of snow, Chinchar said, "but there will be some isolated spots that pick up in excess of 6 to 8 inches."

The wintery weather system in the Northeast could affect air travelers in Boston, New York and Washington, she said.

According to FlightAware, more than 100 flights were canceled by midday Saturday in the United States, many of which were out of Boston's Logan International Airport.

Travelers flying out of Atlanta's Hartsfield-Jackson International Airport -- which suffered a devastating power outage last weekend that caused cancellations and delays across the country -- could see some trouble from the weather as well, Chinchar said, though it would stem from thunderstorms.

But while the winter weather could wreak havoc for travelers, it could provide a Christmas miracle for others.

"What snow does fall for areas of the Northeast is likely to stick around for days," Chinchar said, "because thick air is expected to drop in behind this system, dropping temperatures 10 to 20 degrees in some areas.

"On the bright side," she added, "the ones that get snow are going to get a white Christmas."