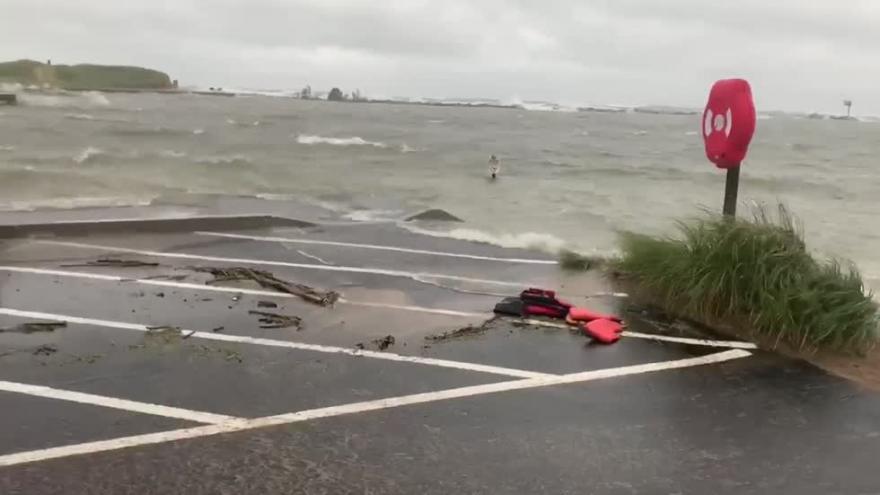 Lake Michigan-Huron will likely achieve a new record high water level for the month of June (they are referred to as one lake because they are connected via the Straits of Mackinac). This comes on the heels of the lake breaking its record for May a few weeks ago. According to the US Army Corps of Engineers, Lake Michigan-Huron is forecast to be one inch above the previous record high June average level as of the end of the day on June 21st. That would put the lake level at 581.89 feet.

The current record high June average water level on Lake Michigan-Huron is 581.79 feet. That number represents the average lake level for the entirety of June, though. With more than a week remaining in the month, our final average value will change at least somewhat.

Based on the wet forecast for the rest of the month, though, it is very likely we wind up with a new record high average June lake level. That is significant because of the implications high Lake Michigan levels have for those who live and visit beaches along the lake.

#LakeMichigan continues to be on the rise. In fact, it has risen 6" in the past month. Ever wonder how much water it takes to obtain such a rise over the entire lake? This requires roughly 2.335 trillion gallons of water.

To put into perspective just how much water is being added to the lake, the National Weather Service in Chicago crunched some numbers. Between May 21st and June 20th, Lake Michigan-Huron rose a staggering six inches! To get the entire lake to rise that much requires 2.335 trillion gallons of water! 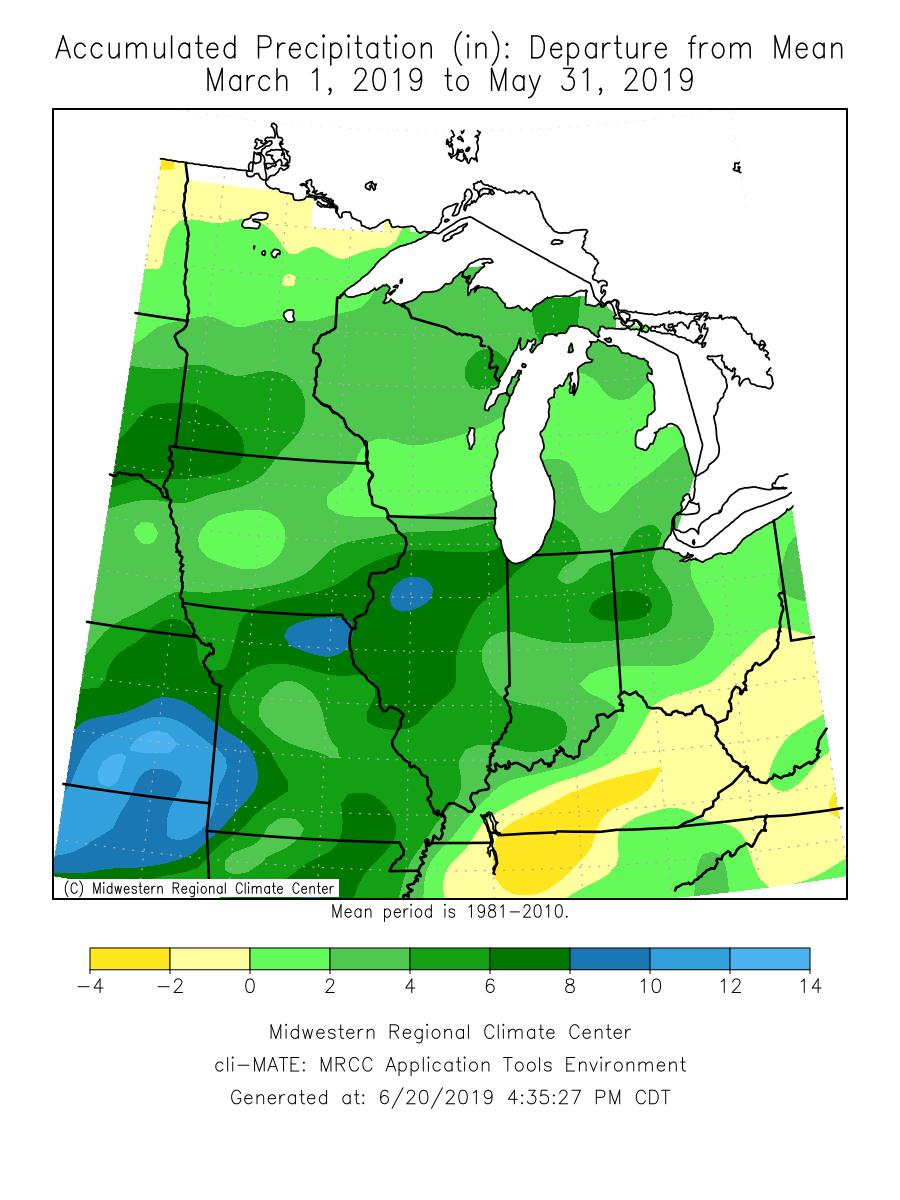 Total rainfall between March 1st and May 31st compared to normal. Green and blue shades represent areas that saw MORE rain than normal. Midwest Regional Climate Center
The reason behind the record high water levels on all five of the Great Lakes is due in large part to the hefty amounts of rain the region saw during the spring season. In fact, the entire Great Lakes basin saw more rain than normal during the period of March 1st to May 31st. Some areas were 3-7" above normal for that stretch.

And, with the forecast calling for more rounds of rain and storms into July, lake levels are expected to stay very high, if not at record highs. The US Army Corps of Engineers' forecast thru July 21st calls for an addition rise of one inch on Lake Michigan-Huron, and a three-inch rise on Lake Superior.

Over that same period of time, Lake Erie and Lake Ontario are expected to fall a few to several inches. Regardless of how much the lake levels rise or subside in the coming month, the threats of extensive beach erosion, coastal flooding and dangerous beach conditions will continue.